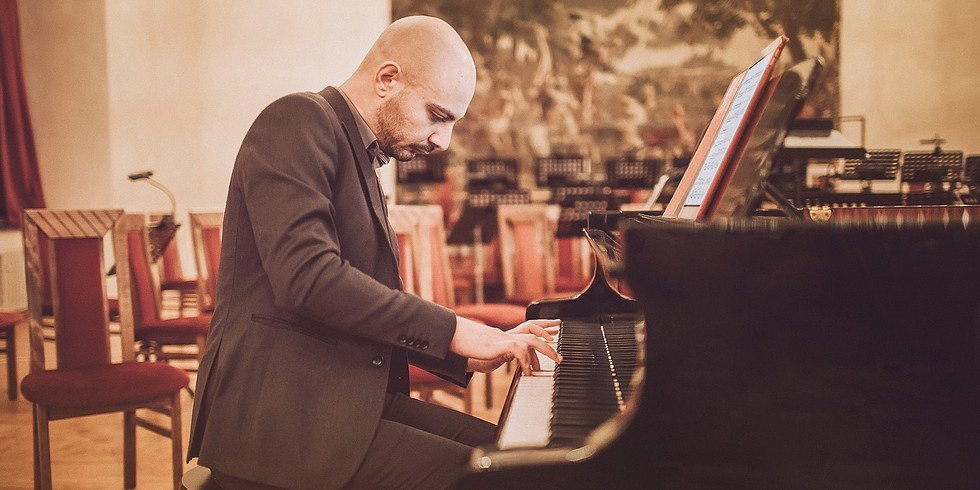 ‘Dorothy events’ invite you to a concert at Technopolis 20 garden with the singer, songwriter and pianist Theodosis Christides on Saturday, August 7th, at 8pm, where you will enjoy musicals, stage and screen crossover, ballads and more.

Theodosis along with his band will present a diverse and broad range of music. On stage with him, Myro Solomou (piano), Christina Papadjiakou (piano), Constantinos Economides (guitar), Cliff Cleovoulou (bass), Pantelis Theodorou (drums).

Cypiot-born singer and pianist Theodosis Christides has earned critical acclaim as a composer, recitalist, musical theatre performer, accompanist and chamber musician. He started playing the piano at the age of ten and he holds a “first class” honours bachelor’s degree in Music Performance and a master’s degree in Music Composition taught by Peter Graham and Alan Williams.

As a composer, many of his works such as “A Symphony after Rachmaninoff”, “Amorosso Diabolique”, “The 9th of July 1821” have been performed by major musicians, orchestras and choirs around Cyprus and the UK. His compositions also include 12 Transcendental Etudes for solo piano, 3 Classical Sonatas, 1 Piano Concerto, 6 Romantic pieces for Violin and Piano and many pop songs.

As a musical theatre performer, he appeared in musicals like “The Phantom of the Opera” as the Phantom, “Jekyll and Hyde” as D. Jekyll and Mr. Hyde and “Matilda” the musical as the doctor and Rodolpho. He has a vocal range of four and a half octaves and he is famous for his unusual ability to sing female parts in female registers. He currently teaches the piano, works as a musical theatre performer and he is the conductor of the Sine Nomine choir in Tala and the accompanist of the Aris choir in Cyprus.

When Saturday, August 7 at 8pm