Museum searches for Jews deported to Cyprus in 1940s 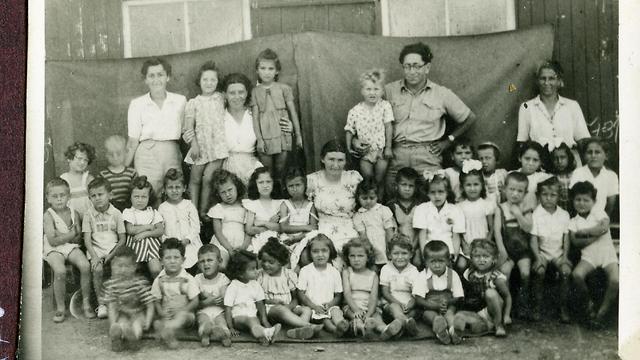 A search is on for former inmates of the British internment camps set up in Cyprus to house Jewish immigrants trying to illegally reach pre-state Palestine, known to Jews as the “yishuv”, in the mid-1940s, as reported by the Israeli publication Ynet.

Seventy-three years ago, the British government decided to deport illegal Jewish immigrants caught trying to make their way to the British-ruled yishuv – many of them Holocaust survivors – without the proper permission, sending them to detention camps in Cyprus.

Four days after the initial deportation order was issued on August 8 1946, the first group of immigrants was sent to the British-controlled island.

Over the next three years, 52,000 Jews, mostly from Romania, were sent in 39 ships to Cyprus, where internment camps were operated jointly by the British Foreign Office, the Colonial Office, the Mandatory Government and the British Army.

During this period, 2,200 babies were born to families interned in the camps.

Today, the Clandestine Immigration and Naval Museum in Atlit in northern Israel is attempting to contact immigrants who were captured in pictures taken at the time.

The photographs will be posted on social media in the hope that family members recognize some of the faces and come forward.

Ynet’s sister publication Yedioth Ahronoth is providing its readers with a first glance at some of the pictures showing daily life, celebrations, sporting events and even medical examinations.

“There are very few photographs from the camps in existence today,” said Nir Maor, director of the museum. “Some came to us from the daughter of a social worker who was sent there to help the immigrants. And others we believe were smuggled out by two photographers who were among those being held by the British.”

The camps were surrounded by barbed wires, Maor explains, and though there was food, the inmates could play football with their British captures and were occasionally allowed out to visit the beach, they were still confined against their will.

Maor says the fact that Holocaust survivors were once again kept behind barbed wire fences was used by the Zionist leadership to pressure the international community and evoke criticism of the British government.

In the view of the museum director, such pictures played a role in promoting the support for a Jewish national homeland.

By In Cyprus
Previous articleLarnaca: Women sought after purse with €20,00 stolen from shop (photos)
Next articleMan armed with loaded rifle, body armour arrested at Missouri Walmart