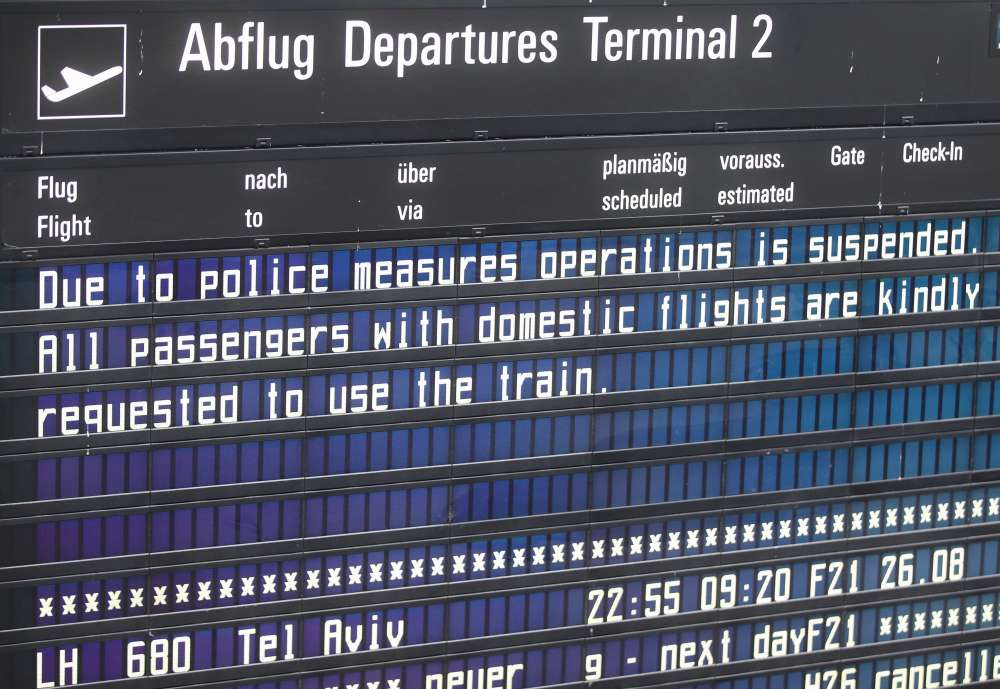 Munich Airport was forced to cancel around 130 flights on Tuesday after police halted check-in and evacuated the building to search for a passenger who mistakenly went through an emergency exit.

Police said they had to order all people out of the airport, including passengers who had already passed through security, to ensure no dangerous items had been left behind.

The missing passenger, a Spanish man who opened an emergency door in terminal 2, was later found in terminal 1. Check-in resumed after a four-hour shutdown which would lead to significant delays for the rest of the day, the airport said.

The airport handed out water bottles to waiting passengers on a hot, sunny day in Munich.