Multiple dead in shooting at WalMart in El Paso; suspect in custody 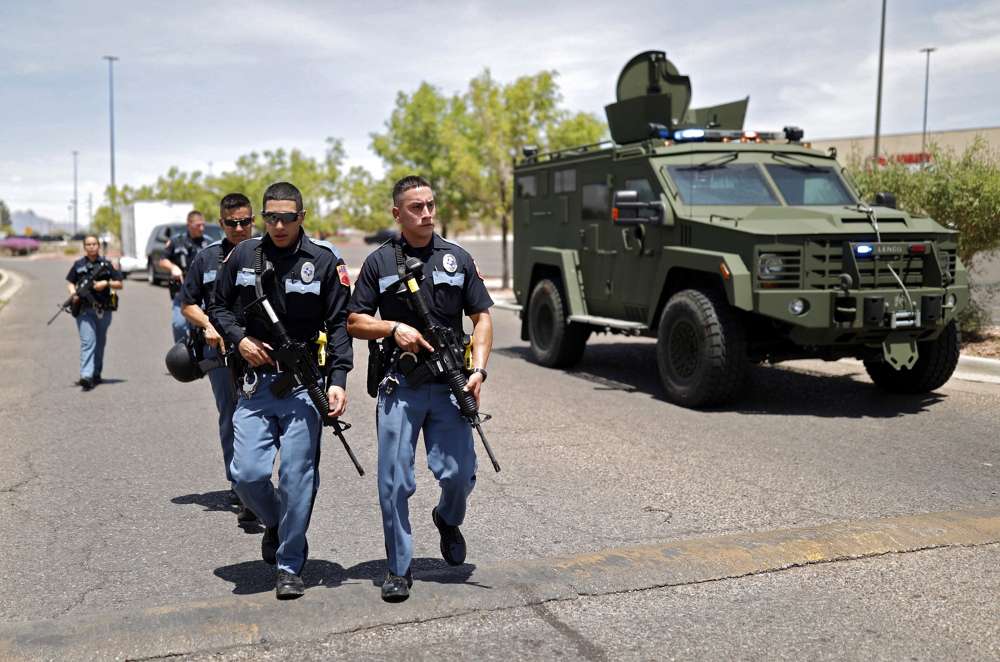 Multiple people were killed in a shooting at a WalMart in El Paso, Texas on Saturday and one man was in custody after the latest U.S. mass shooting sent panicked shoppers fleeing.

Many of those caught up in the rampage were buying back-to-school supplies. El Paso police Sergeant Robert Gomez said authorities had ruled out multiple shooters, and he said initial reports were that the gunman used a rifle.

“This thing is fluid and dynamic. As of right now we don’t think there’s multiple (suspects) but that could change,” Gomez told reporters at the scene.

El Paso Mayor Dee Margo said there were multiple fatalities. Amid conflicting reports immediately after the shooting, he had earlier said three people were arrested.

“This is just a tragedy that I’m having a hard time getting my arms around,” Margo told CNN.

The El Paso Police Department said the scene remained active around the Cielo Vista Mall, near the WalMart, but said there was no imminent threat to the public.

Carrillo said there were more than 20 casualties, a number that could include fatalities and people wounded.

WalMart said in a statement: “We’re in shock over the tragic events at Cielo Vista Mall… We’re praying for the victims, the community & our associates, as well as the first responders.”

Carrillo asked people who cannot reach loved ones to go to a family reunification center at a local middle school, instead of heading to the shopping center.

One witness said he saw at least one person inside the store with a fatal head wound, and he saw shoppers in bloodied clothes.

Other stores at the nearby mall were also locked down as police officers cleared the shopping center in the east of the city, which lies on the southern U.S. border with Mexico.

Video posted on Twitter showed customers at one department store being evacuated with their hands up.

“Hands in the air!” an officer can be heard shouting in the footage.

Mass shootings are common in the United States. On Sunday, a teenage gunman opened fire with an assault-style rifle on the crowd at a food festival in Northern California, killing three people before fatally shooting himself.

The White House said President Donald Trump had been briefed on the shooting and was monitoring the situation.

At a Democratic presidential candidate forum in Las Vegas a clearly emotional Beto O’Rourke, a former Texas congressman who is from El Paso, broke the news to the audience that he had just heard about the deadly mass shooting in his home city.

O’Rourke said he had spoken to his wife Amy, who was driving in the city with one of their children. Addressing reporters, he teared up and struggled to deliver a short statement.

“I am incredibly saddened and it’s very hard to think about this,” he said. “El Paso is the strongest place in the world. This community is going to come together. I’m going back there right now to be with my family, to be with my home town.”

By In Cyprus
Previous articleYellow alert for Sunday; temperatures to hit 41 C inland, 33 C in mountains
Next articleTwo arrested in Paphos for possession of stolen property