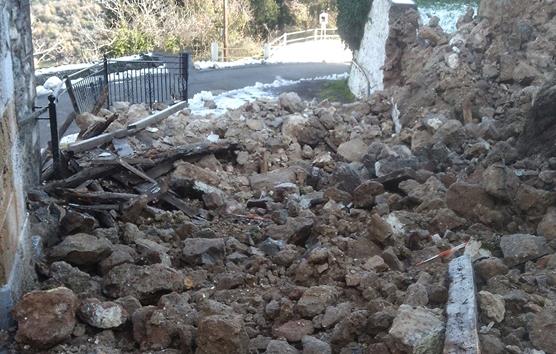 A two-storey mud brick house in Aradippou collapsed a little after midnight because of heavy rain, damaging three cars, the Cyprus News Agency has reported. There were no injuries.

Police called to the area said the son of the owner had told them that he heard the walls creaking as he lay in bed and rushed outside. A few minutes later, two of the four walls and the roof of the house collapsed.

Three cars parked outside the house were damaged by the falling masonry while the Electricity Authority was called in to restore damage to one of the lines.

The owner who lives behind the mud brick house said that two days earlier, the cement floor of the house had cracked because of the accumulation of water.

By In Cyprus
Previous articleMore Brexit embarrassment for May as parliament defeats her again
Next articleSharp rise in companies since Shipping Deputy Ministry was set up, says Pilides