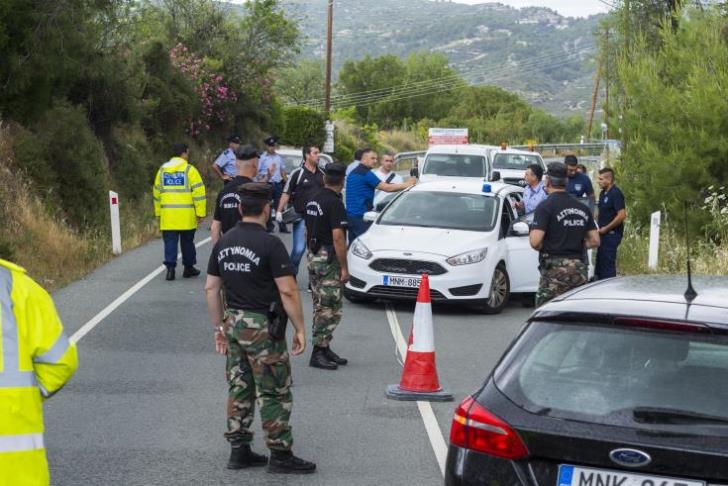 Limassol District Court issued an 8-day detention order for Elias Mouzos for his connection to last Saturday’s shooting against two police officers and for two other criminal offences.

The 38-year-old has already admitted his involvement in the shooting. He also admitted kidnapping a person, as well as firing shots outside this person’s house on January 22nd and February 19th respectively.

According to one of the arrested men, a 35-year-old Bulgarian who was in the hired car at the night of the shooting, the 38-year-old was planning the murder of a person who is also involved in the other cases.

Elias Mouzos appears to be the person who, on January 22nd, threatened, hit and kidnapped a 27-year-old, whom he forced to call a friend and lie that his car was out of gas so that he would come over and help him. The 27-year-old told the police that Mouzos treatened to inflict harm on him and his mother if his friend would not show up.

According to the investigator the 27-year-old’s friend that Mouzos wanted to find so badly, is another person involved in the Paphos drug trade, whose competing activities had cost Mouzos 200000 euros in damage. The friend did not show up and Mouzos and an associate, who is also wanted, let the 27-year-old free. He went straight to the police.

On February 19th, shots were fired outside the 27-year-old’s house Mouzos was naturally the main suspect. A new warrant was issued against him.

According to the 35-year-old Bulgarian, he and a 31-year-old drove from Paphos to Limassol in a hired car. He believed that the meeting at Ypsonas had to do with money or drugs. However, at Ypsonas, Mouzos arrived carrying a gun, entered the vehicle and started planning the murder along with the 31-year-old.

The shooting began when policemen noticed the car and arrived at the scene to inspect it. According to the case investigator, the police officer who is now seriously injured, was immediately shot when he left his vehicle and then fired back at the hired car.