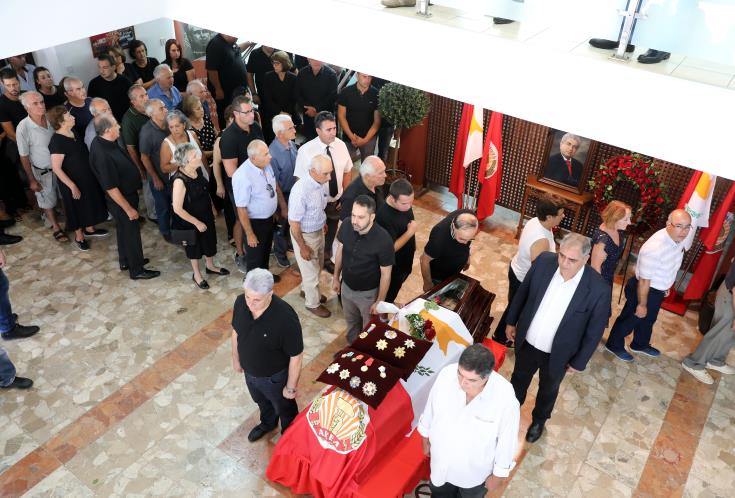 Members of the public have been flocking to the headquarters of PEO trade union federation since the morning to pay their last respects to former President Demetris Christofias who died of severe respiratory problems on Friday.

The state funeral of the former president will be held in Strovolos later today. Greek Prime Minister Alexis Tsipras is due in Cyprus in the early afternoon to attend.

Mourners have been arriving in Nicosia by bus and private vehicles and roads near PEO and later close to the Holy Church of God’s Wisdom,will be closed to traffic.

Flags in public buildings in Cyprus have been flying at half mast since Saturday at the decision of the Council of Ministers which declared a three day period of national mourning. Tuesday is a holiday for the public sector.