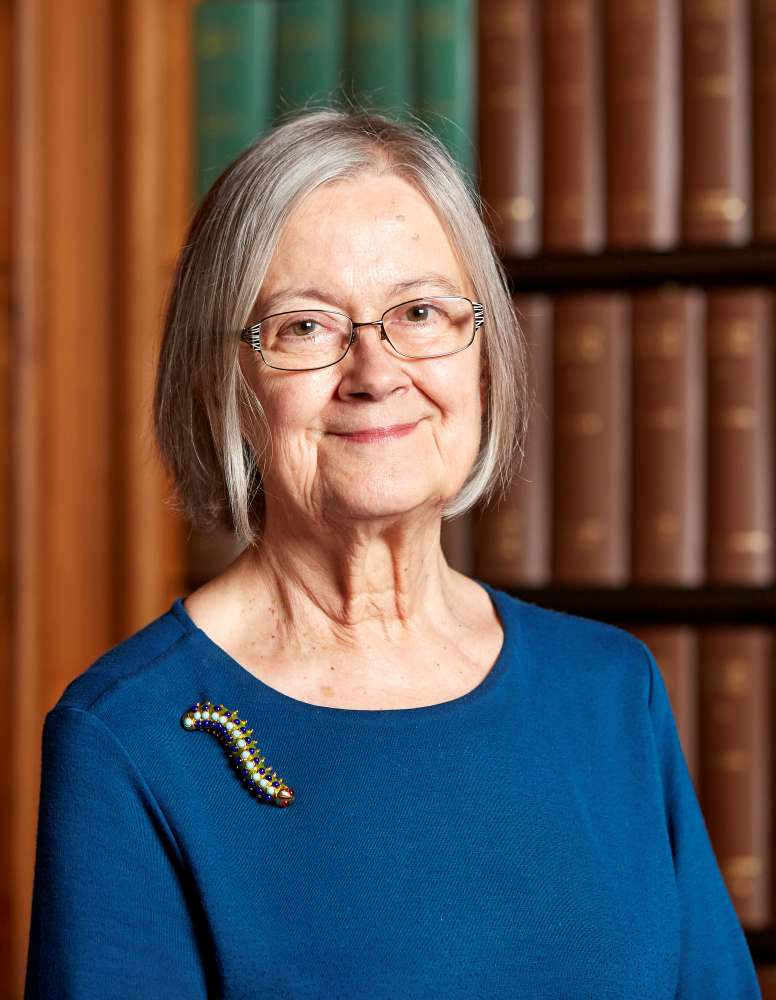 Britain is renowned for its ancient, august and male-dominated institutions – yet its biggest moment since World War Two may be shaped by a mere decade-old court run by a very modern woman.

Only in existence since 2009, the Supreme Court and its unashamedly feminist president Brenda Hale, 74, are to rule next week on the constitutional crisis engulfing Britain over its torturous, mooted departure from the European Union (EU).

Specifically, the nation’s top court is to decide whether Prime Minister Boris Johnson acted unlawfully by asking Queen Elizabeth to suspend parliament for five weeks in order, as foes allege, to sidestep opposition to his Brexit-or-die agenda.

Never in its short history has the Supreme Court weighed such a momentous case. And never have Britons been treated to so many modern trappings at a core establishment institution.

Unlike other British courts, Hale and her fellow judges do not wear wigs nor do they sit in an elevated position.

While TV cameras are barred from nearly all other tribunals, the Supreme Court’s live stream on the first day of the hearing over Johnson was accessed on its website more than 4 million times.

As well as having a major impact on how Brexit plays out with an Oct. 31 divorce deadline looming, the court’s ruling could be a pivotal determination on the future balance of power between Britain’s government and parliament.

Brexiteer Johnson, a former London mayor known for his mop of blond hair and getting stuck on a zip-wire during a London Olympics publicity stunt, advised the 93-year-old queen on Aug. 28 to prorogue – UK parlance for suspend – parliament.

The shutdown duly came into effect on Sept. 10 amid chaotic protests by opposition lawmakers in the lower House of Commons on the banks of London’s River Thames.

Lawmakers will not sit again until Oct. 14, just over a fortnight before Britain is set to leave the EU, with Johnson promising that will happen with or without a deal with the bloc.

Critics say he wants to stymie parliament where a majority do not support a no-deal Brexit. Johnson says he merely wants to introduce a new legislative agenda and parliament would be off for most of the intervening time anyway.

Thrust into this Brexit maelstrom, Hale has insisted her court is determining points of law, not politics.

“I must repeat that this case is not about when or on what terms the United Kingdom leaves the European Union,” she told the court as hearings finished on Thursday.

The case will show how far the Supreme Court’s judicial reach can go in Britain’s unwritten constitution, and to what extent the powers of the executive should be limited.

Sifting through legal precedence from cases and laws dating back hundreds of years, Johnson’s team argued judges should not interfere in politics and limit the prime minister’s use of prerogative powers – functions he carries out in the monarch’s name.

In this week’s hearings, however, some of the 11 justices on the court seemed more keen to know why the prime minister had not signed a witness statement with reasons for the suspension.

The 2016 Brexit referendum has divided Britain bitterly and the question of whether Johnson acted unlawfully has split its courts. Scotland’s top court declared his suspension of parliament illegal, but the High Court of England and Wales said it was a political issue and not one for judges.

When the courts in 2016 last trod into matters of such constitutional significance – whether the government needed parliament’s approval before triggering the formal EU divorce process – they drew the ire of Brexit-supporting newspapers.

“Enemies of the People,” said the Daily Mail headline above a photograph of three senior High Court judges after they ruled parliament’s approval was needed.

It was a decision backed by the Supreme Court, which has replaced the House of Lords, Britain’s upper parliamentary chamber, as the nation’s highest judicial body over criminal, civil and constitutional matters. Hale noted three lawyers arguing the Johnson case were themselves lords.

She became Supreme Court president two years ago and is emblematic of its surprisingly modern face.

Unlike most contemporaries, Hale, brought up in northern England and educated at a state school, was an academic lawyer specialising in family and welfare issues and spent most of her career as a pioneer in her field.

When she became a High Court judge in 1994, she was the first to have done so having had a career as an academic and public servant rather than a practising courtroom lawyer.

She was Britain’s first female law lord in 2004 and until recently the top court’s only woman. Last year, she made a brief appearance on a TV cooking show MasterChef.

In a speech in May at Girton College, Cambridge, where she attended in the 1960s, graduating top of her class, she said a former senior judge had described her in his diaries as “a formidable, vigorous person with a strong agenda of her own”.

“What is this ‘Brenda agenda’ and why should voicing it arouse such feelings? It is, quite simply, the belief that women are equal to men and should enjoy the same rights and freedoms that they do,” she said.

“So why is that ‘an agenda’? Quite simply, because we have not yet achieved the equality we seek in the law, let alone in life.”

Not shy about promoting equal rights for women and greater diversity in the judiciary, Hale’s reforms of divorce and child law have led to her being singled out.

“The Marriage Wrecker”, one Daily Mail columnist described her as in a 2003 article, criticising her views on gay partnerships, heterosexual cohabitation and divorce.

Whatever she and her 10 colleagues decide next week, Hale may once again take some heat.