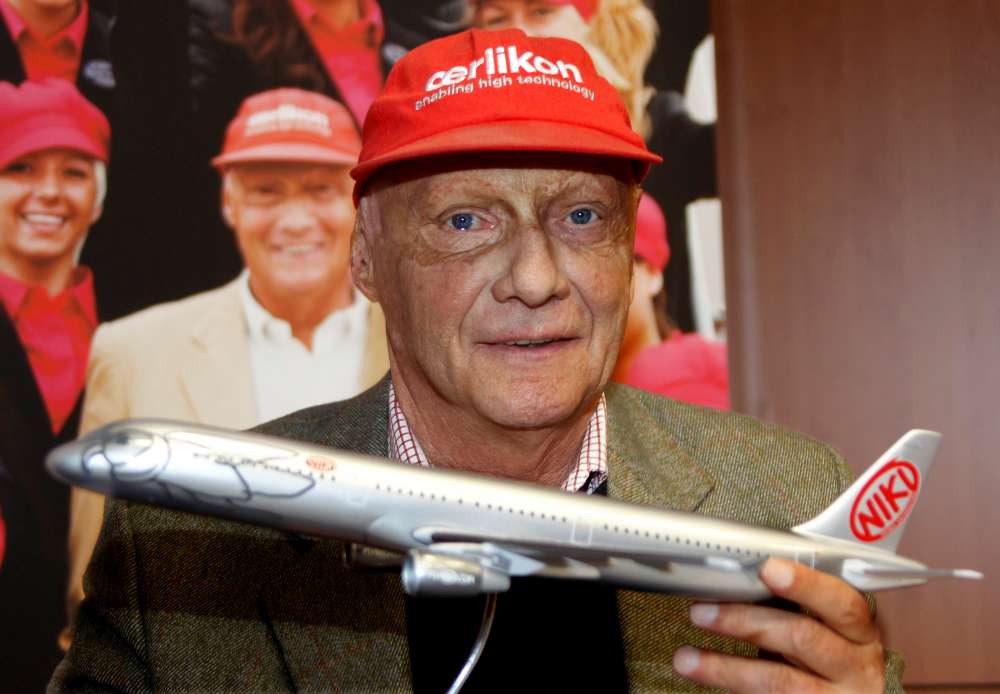 Three-times Formula One champion Niki Lauda, regarded as one of the finest racers of all time and who later became a successful airline entrepreneur, has died at 70 after battling declining health.

Austrian Lauda, who was hospitalised in January for about 10 days while suffering from influenza and had a lung transplant last August, died on Monday, his family said in a statement.

“His unique achievements as an athlete and entrepreneur are and will remain unforgettable,” the statement, published by Austrian media, said.

“His tireless zest for action, his straightforwardness and his courage remain a role model and a benchmark for all of us, he was a loving and caring husband, father and grandfather away from the public, and he will be missed.”

He had a near-fatal crash in 1976 when racing at the Nürburgring but despite suffering serious burns, he was soon back in his Ferrari with a modified helmet and went on to claim his second F1 title.

His rivalry with British driver James Hunt, the 1976 champion for McLaren, was intense and became the subject of the acclaimed 2013 film “Rush”.

After two less successful years at rival outfit Brabham and then a two-year hiatus, Lauda returned to F1 for another four seasons at McLaren and won the 1984 title by a half-point over team mate Alain Prost.

While taking his first break after Brabham, Lauda set up a charter airline and returned to his aviation business full-time after bowing out of racing.

Through the 1980s and 1990s, he grew ‘Lauda Air’ into an international carrier with long-haul flights out of Austria across the globe before it was merged into Austrian Airlines in 2012.

Lauda also returned to F1 in management roles, first with Ferrari in the 1990s and later with Mercedes, where he was appointed non-executive chairman in 2012.

He is credited for helping bring five-times F1 champion Lewis Hamilton to the team from McLaren.

Lauda‘s death rocked the F1 community days before the Monaco Grand Prix, the jewel in the circuit’s racing calendar.

“All at McLaren are deeply saddened to learn that our friend, colleague and 1984 Formula 1 World Champion, Niki Lauda, has passed away,” the team said.

“Niki will forever be in our hearts and enshrined in our history.”

British former F1 champion Jenson Button, who won a title with Brawn GP in 2009, tweeted: “A legend has left us. Rest in peace Niki.”

By In Cyprus
Previous articleMet office: Hot, with dust in the atmosphere
Next articleNicosia: Explosive device goes off outside insurance office