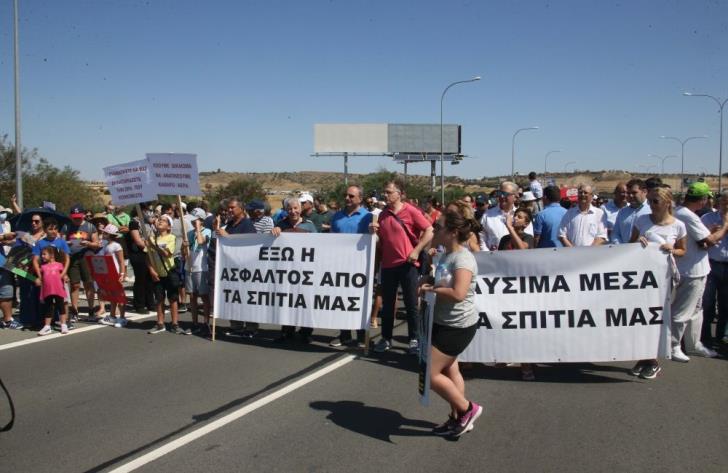 Mothers of pupils at two schools in Dhali area next to Tseri where a toxic asphalt production plant is still in operation are putting pressure on the Attorney General to immediately issue its suspension order.

In a new letter sent to the head of the Law Office, the mothers reminded of the Cabinet’s decision on July 22 for the industrial unit to be moved, Philenews reported on Thursday.

However, they noted, the highly-toxic plant continues operations every single daily without any obstruction or respect for the government’s taken decision.

And they continue to endanger the health of some 6,000 area residents whose basic human rights are violated constantly and for years.

On Monday, women protesters from Dhali ‘surprised’ President Nicos Anastasiades while exiting a health centre where he got vaccinated against covid-19.

Holding banners saying “whatever is exhumed we and our children breath it in” the women urged the President to urgently solve the community’s long-standing health problem.

The President assured them he would discuss the issue with Attorney General George Savvides with whom he had a scheduled meeting later on Monday.

The hot issue is under review before the Republic’s Law Office since communities of proposed areas the controversial plant is expected to be transferred are also objecting to such an eventuality.