Mother of baby killed in Attica fire dies in hospital 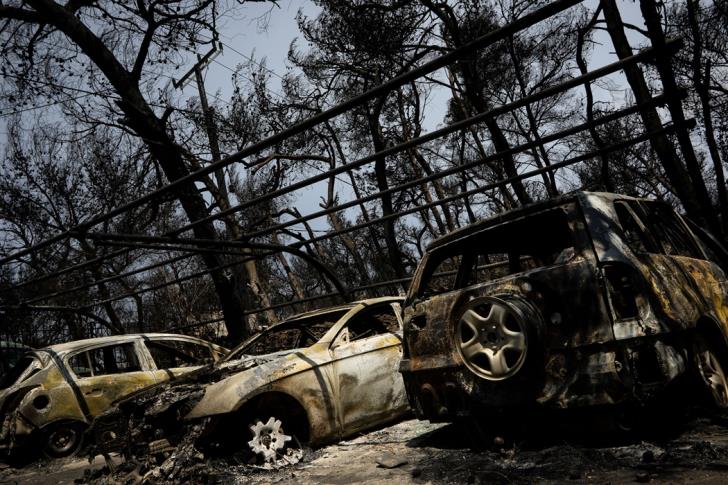 The mother of a six month old baby — one of the first identified victims of Greece’s devastating wild fire at Mati — died in hospital on Friday after  fighting for her life in the intensive care unit for 12 days, the Greek media reported.

They said that the mother — whose husband is a fireman and had rushed off to help fight the wildfire — had desperately tried to save her baby from the fire,  rushing to the sea with the baby boy in her arms.

“We found Margarita with the baby in the sea. She had been burnt and so had the baby. The mother was shivering, she was crying and so was the baby and we thought they would be OK. But the situation got worse,” a man who tried to help told the Greek media.

“The first person to come with the ambulance was her husband. We tried artificial respiration on the baby and they were rushed off to hospital,” he added.

Her death brings the official number of fatalities at 88 amid continuing confusion over the number of victims. Greek fire officials had initially spoken of 91 dead, but later changed the figure as identification of the bodies continued.

Late on Thursday, Greece’s fire service said that 87 people had died and there was one missing person. Of the 87 dead there were two unidentified bodies. It said that though there was available DNA for tests, no family members have come forward to look for them. As of Thursday night, four people had died in hospital while ten remained in critical condition.

By In Cyprus
Previous articleCyprus hunters form political party
Next articleState to pay approximately €100,000 in damages in police brutality case