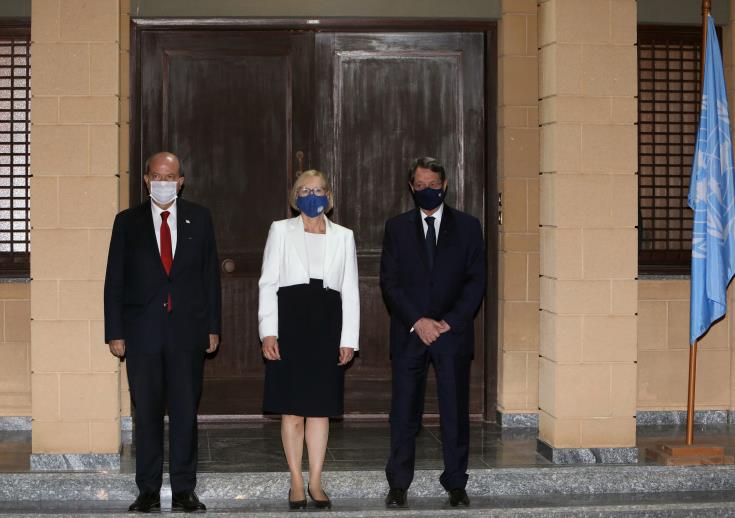 Moscow is categorically against the enforcement of any external ready-made formulas and temporary solutions in the Cyprus problem, Spokesperson of the Russian Ministry of Foreign Affairs Maria Zakharova has said.

The message was sent in view of the UN Secretary-General’s initiative to hold an informal five-plus-one meeting dedicated to the Cyprus issue in Geneva on April 27-29 aiming to lead to the resumption of reunification talks.

“We are closely following the preparations for this. It is a positive sign that all the interested parties have expressed readiness to attend it. We hope that the upcoming event will help re-launch the negotiations and find compromise solutions to problematic issues,” she said.

“Russia, as a permanent member of the UN Security Council, is categorically against the enforcement of any external ready-made formulas and temporary solutions,” she added.

Aakharova also said the insistent advocacy by some capitals to change the current principles of a settlement from a federal to a two-state model is unacceptable.

“Any change of the basic parameters is only possible with the approval of the UN,” she said.

Moscow also sent the message that the Cyprus communities must be free to choose their own future.

And that Russia’s principled stance for a comprehensive, fair and sustainable settlement in the best interests of all Cypriots based on the generally recognised legal formula that provides for the creation on the island of a bizonal, bicommunal federation with a common international jurisdiction, sovereignty and citizenship remains unchanged.

She went on to say that a major aspect of a settlement is the gradual demilitarisation of the island and the replacement of the obsolete system of external guarantees with the safeguards of the UN Security Council.