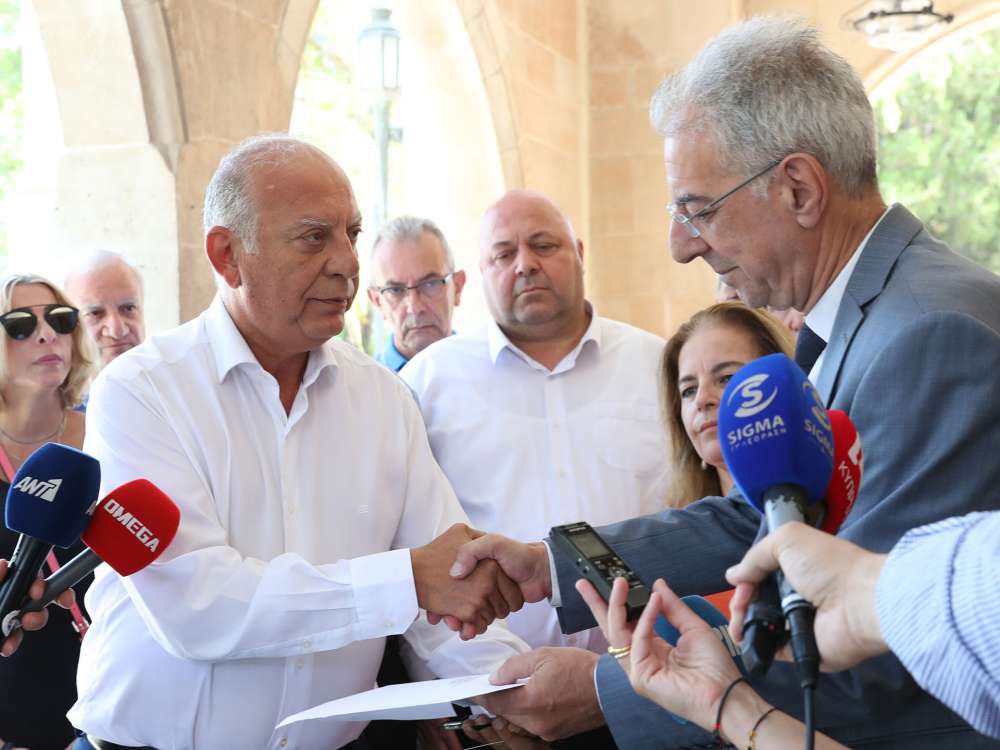 Morphou refugees on Friday approved a protest resolution condemning the continued occupation of their town by Turkish occupation forces.

The resolution was handed over at the embassies of the five permanent members of the UN Security Council on the occasion of the sombre anniversary when the Turkish troops seized control of the town during the second invasion that took place on August 16, 1974 and the continuation of the violation of human  rights.

The municipality and other associations from the town also handed in resolutions to acting president of the House of Representatives, Adamos Adamou the EU office in Nicosia and to the Presidential Palace.  Tonight they will be organising a memorial gathering near Ledra Street from where they will march to Phaneromeni chich where a service will he held.

In statements they urged the permanent members of the UN Security Council to create the conditions for a Cyprus settlement.