More than 2,000 visit the ‘Ochi’ farmers market on its first day of reopening (photos) 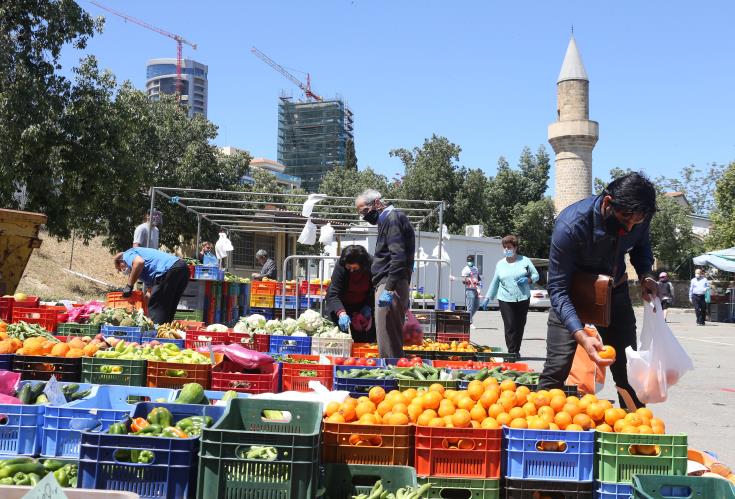 The voices of farmers yelling prices to sell their produce returned today to the open-air ‘Ochi’ farmers market in Nicosia on its first day of reopening following the government’s decisions for the gradual lifting of the lockdown measures against Coronavirus.

The ‘Ochi’ farmers market is normally held every Wednesday and Saturday in the area of Bayraktar Mosque in Nicosia walled city before its operations were disrupted due to the pandemic to be launched again today. 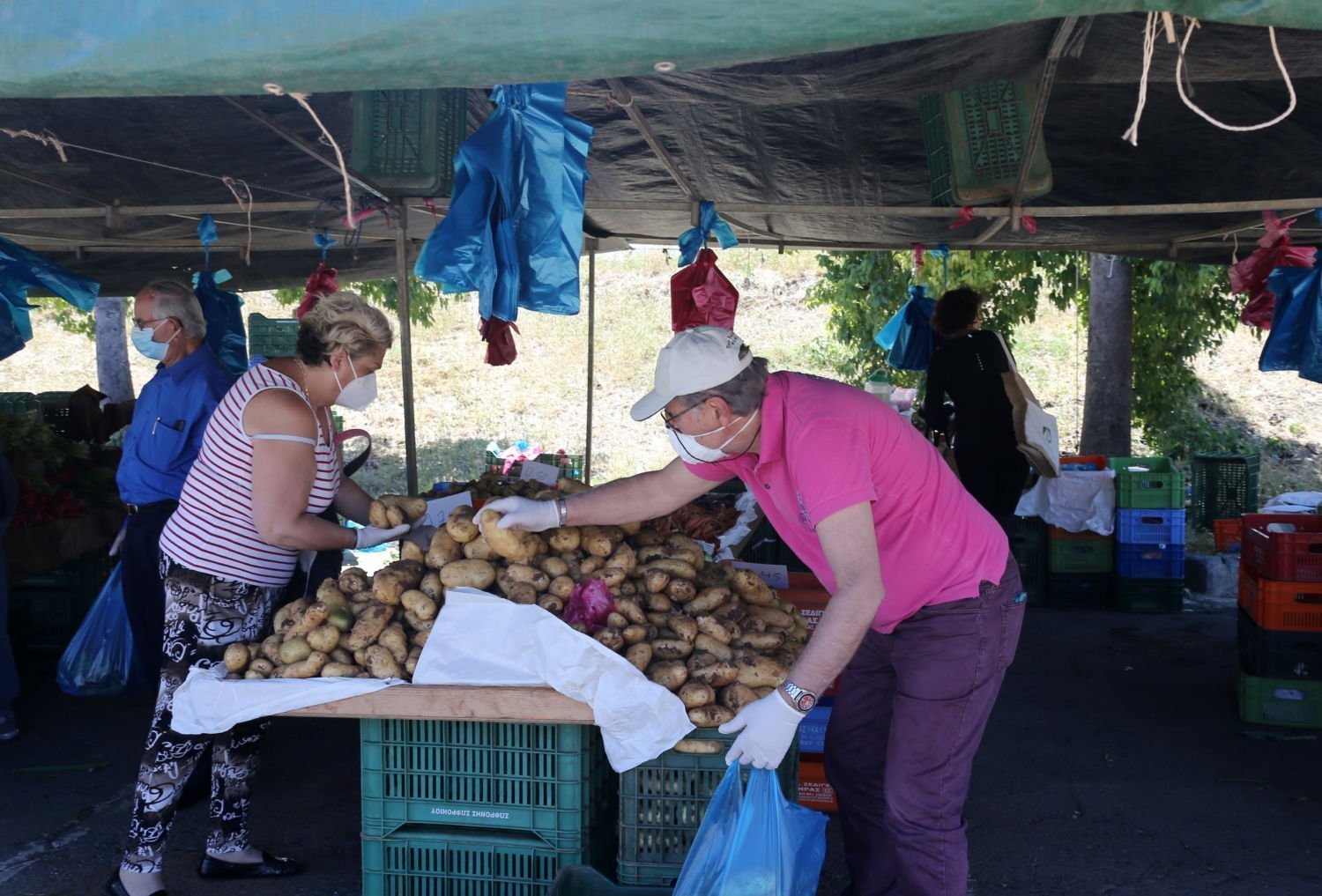 He said that until 10 am the market only provided service to people from vulnerable groups, the disabled and people aged over 60 who were allowed to park within the market’s premises.

Efstathiou said that by 11 am around 2,000 people had visited the ‘Ochi’ market. 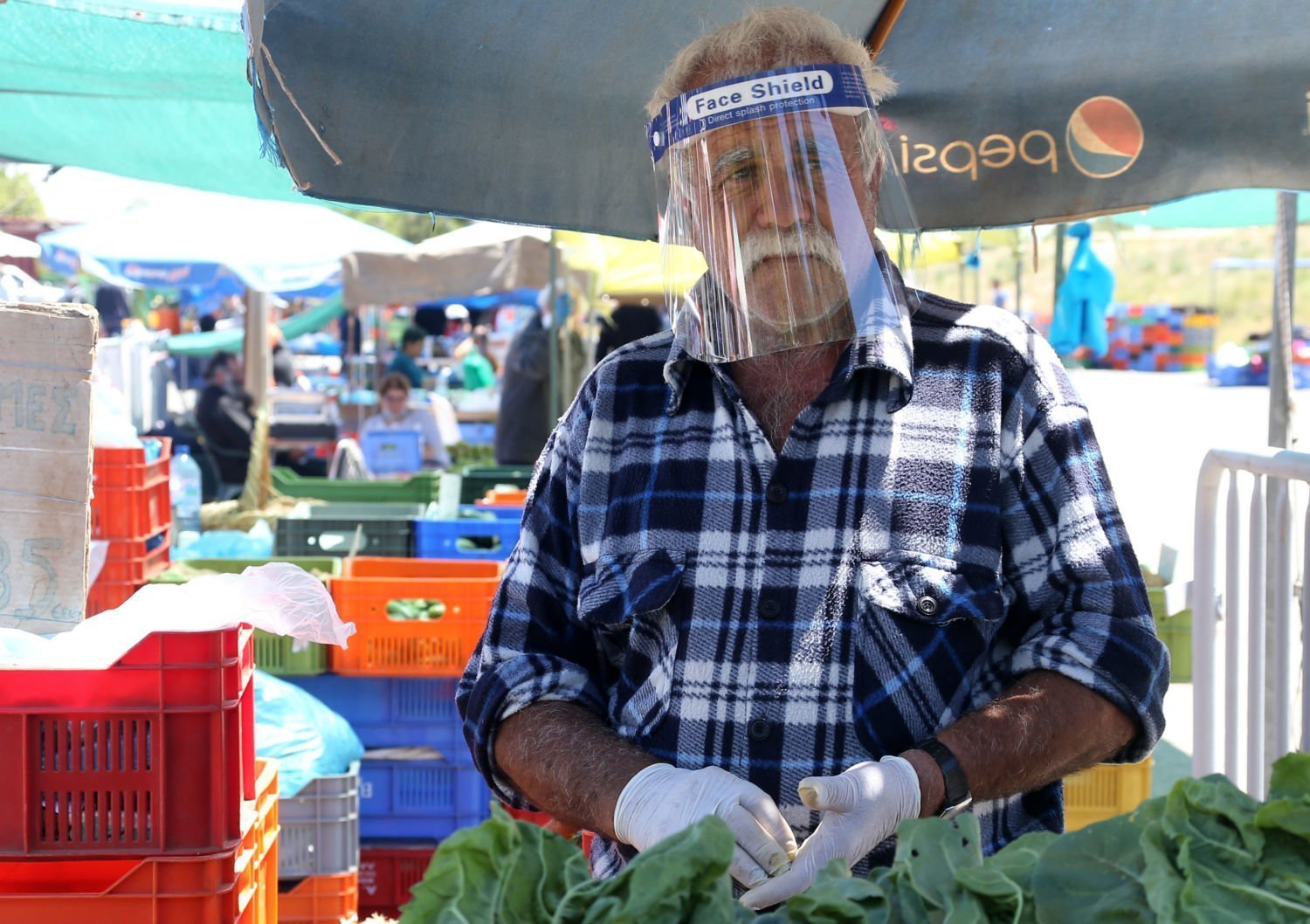 “Those not wearing a mask were kindly asked to depart and come back wearing one, which they did as most of them had one in their car. But 95% of visitors were wearing a mask,” he said, adding that a maximum limit of 150 people at any one time was set, which was met successfully. 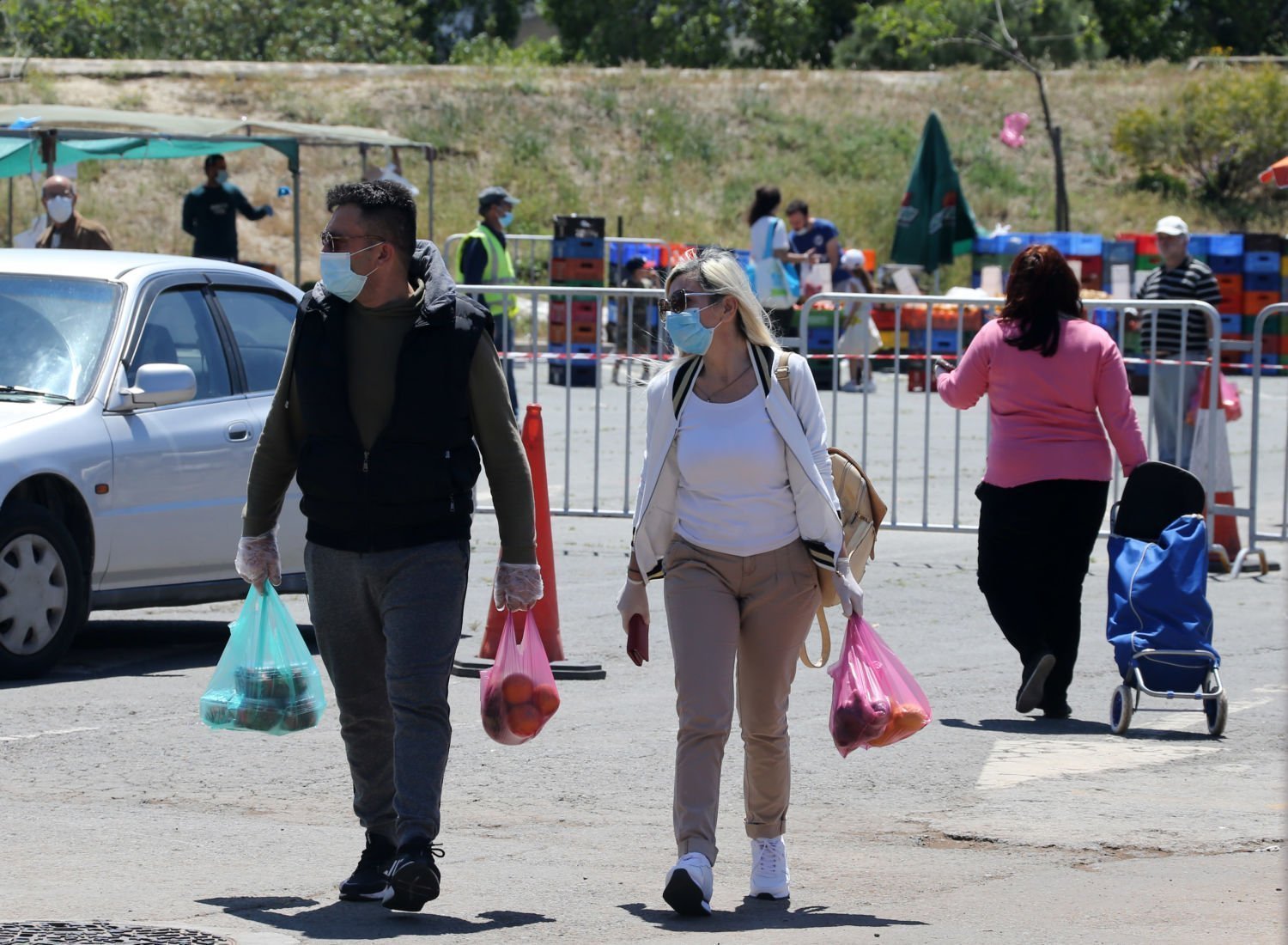 However, Efstathiou noted, the most important thing for everyone’s safety was the arrangement of the space.

“Producers were placed along the perimeter of the area and not just in the centre as was the case before, and rails were placed between them.

“Each producer was asked to take up less space to arrange their products so that a greater distance can be formed between their stalls for their own safety as well as that of consumers,” he explained. 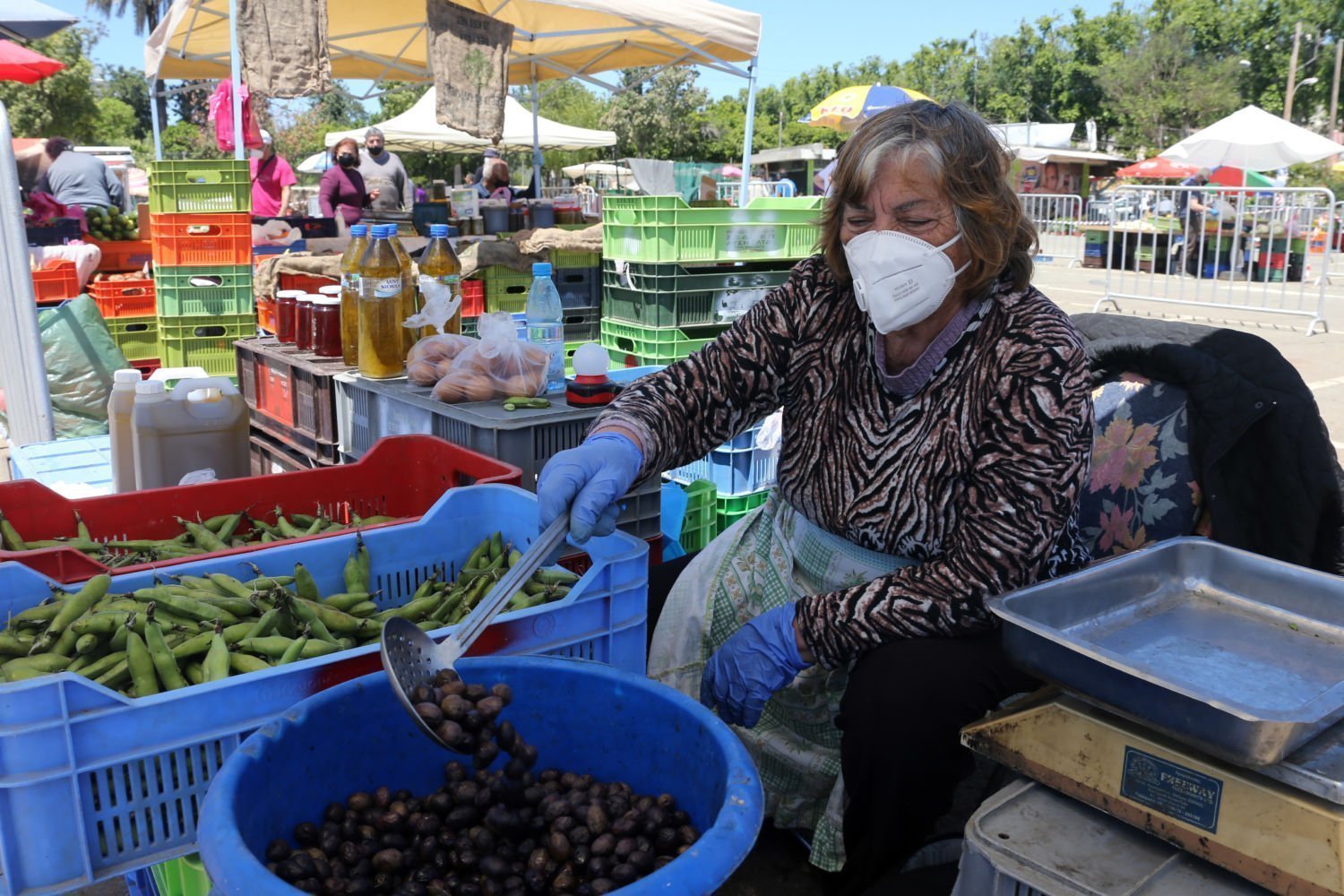 Efstathiou said he was pleased that all 60 producers were willing to listen and implement the Municipality’s instructions for health and safety.

“We sensed that the public who visited the market felt safe,” he concluded.