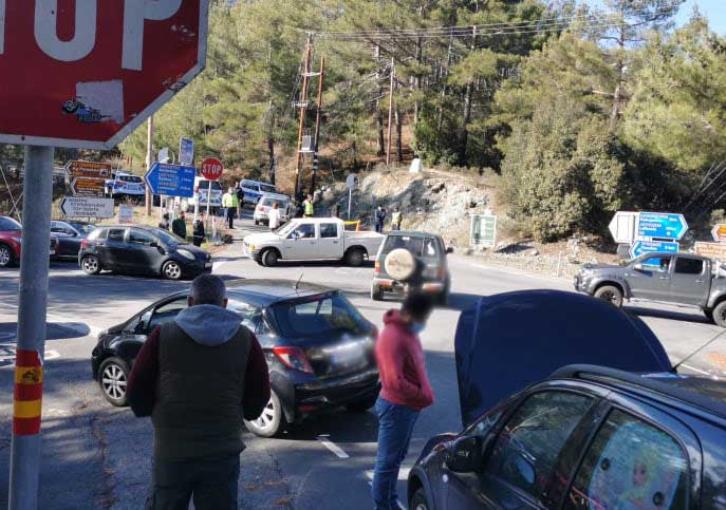 Since this morning, there has been heavy traffic at Troodos Square but also in the area of Olymbos Mountain since more than 200 vehicles could be seen there.

The Chief of Troodos police station told philenews that there were several civilians in the area and so far traffic violations had been reported. Despite Police announcements yesterday, many people chose to visit the area. By gavriella
Previous articleCyprus FM travels to Brussels for FAC, will meet with Borrell
Next articleMotorcyclist seriously injured in accident