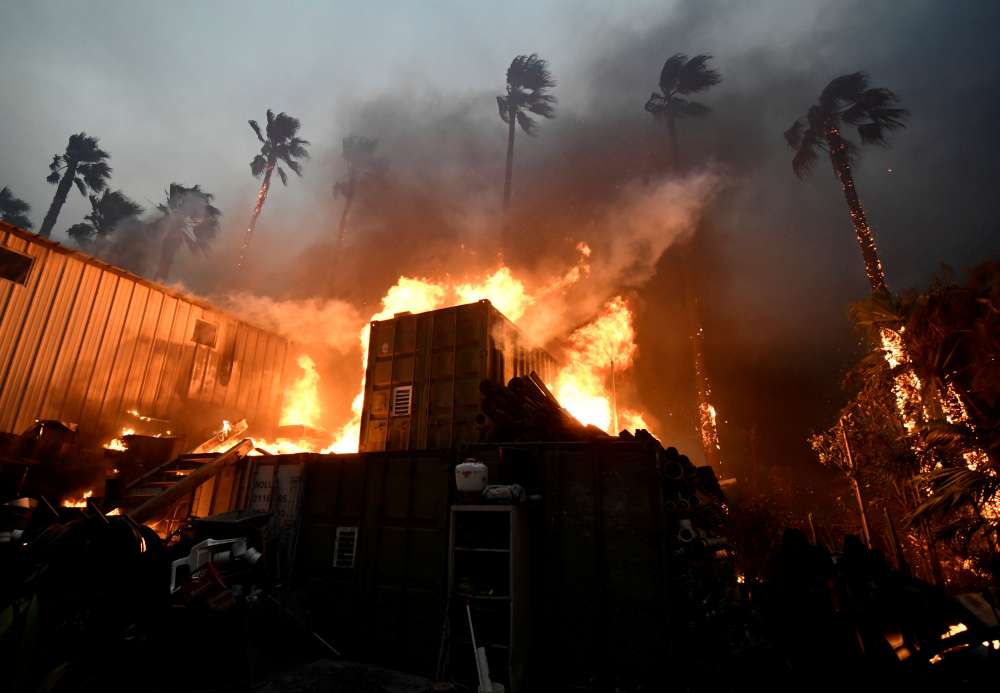 More than 200 people were missing early on Monday in California’s deadliest and most destructive blaze on record, one of two fires raging in the state which have killed at least 31 people and forced more than a quarter of a million evacuations.

The so-called Camp Fire 40 miles northwest of Sacramento burned down more than 6,700 homes and businesses in the town of Paradise, more structures than any other wildfire recorded in California.

The fire had burned more than 111,000 acres and was 25 percent contained by late Sunday, officials said. Its death toll of 29 now equals that of the Griffith Park Fire in 1933, the deadliest wildfire on record in California.

At least 228 people were still missing, according to Butte County Sheriff Kory Honea.

In southern California, the Woolsey Fire has scorched at least 85,500 acres and destroyed 177 structures. The blaze was only 15 percent contained. At least two people have died in that fire, according to officials from the statewide agency Cal Fire.

The blaze has forced the authorities to issue evacuation orders for a quarter million people in Ventura and Los Angeles counties and beachside communities including the Malibu beach colony.

Celebrities at the People’s Choice Awards Sunday night in Santa Monica, Ca., asked for prayers and donations for residents and first responders.

Reality television star Kim Kardashian said, ‘It’s been a really rough week in our home in Calabasas, Hidden Hills and our neighbors in Thousand Oaks and Malibu.”

Hot, dry winds were expected to whip up the fires burning in both tinder-dry southern and northern California until Tuesday, officials said.

“Winds are already blowing,” Chief Daryl Osby of the Los Angeles County Fire Department said Sunday. “They are going to blow for the next three days. Your house can be rebuilt but you can’t bring your life back.”

Trump has criticized the California government in Tweets this weekend, blaming poor forest management for the infernos.

By In Cyprus
Previous articleGovernment labour force marginally up in October
Next articleUpdate: woman found dead in car; man arrested