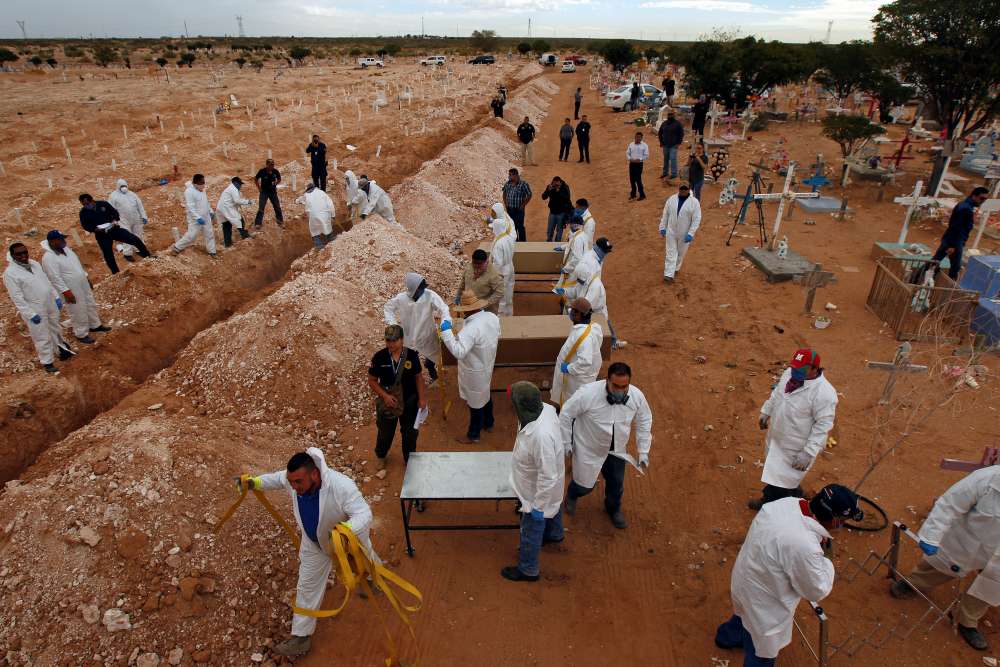 More than 200 mass graves have been uncovered in Iraq in areas formerly controlled by Islamic State militants, the United Nations said on Tuesday.

The graves contain the remains of thousands of people, believed to be the victims of the hardline Sunni group, who between June and December 2014, overran large swathes of northern Iraq and declared it part of their so-called caliphate.

The dead include women, children, the elderly and disabled, as well as members of Iraq’s armed forces and police, a U.N. report said.

The United Nations has said previously that almost 33,000 civilians were killed by the group in Iraq, with more than 55,000 injured.

The grave sites are concentrated in four provinces — Ninewa, Kiruk, Salah al-Din and Anbar — in the north and western parts of the country, near the border with Syria.

Islamic State had entrenched itself in these areas until their defeat in December 2017 by Iraqi forces supported by a U.S.-led coalition.

The United States estimates between 6,000-12,000 bodies are contained in the 202 graves documented in the report. But exact numbers were difficult to establish, it said, since only 28 mass graves have been excavated so far, with just 1,258 bodies exhumed.

These deaths occurred in what the United Nations has called a systematic and widespread campaign of violence, “which may amount to war crimes, crimes against hunanity and genocide.”

The militants also targeted members of ethnic and religious minorities, including Christians and Yazidis.

The smallest mass grave, found in Mosul, contains eight bodies while the biggest, the al-Khasfa sinkhole south of Mosul, is thought to contain roughly 4,000 bodies.

The United Nations said the sites must be protected from interference or contamination to ensure justice and accountability.

But the Iraqi government body tasked with preserving mass graves says it is underfunded and understaffed, and cannot adequately protect and investigate the sites which are still littered with unexploded ordinance.

“Determining the circumstances surrounding the significant loss of life will be an important step in the mourning process for families and their journey to secure their rights to truth and justice,” said U.N. Representative for Iraq Ján Kubiš.