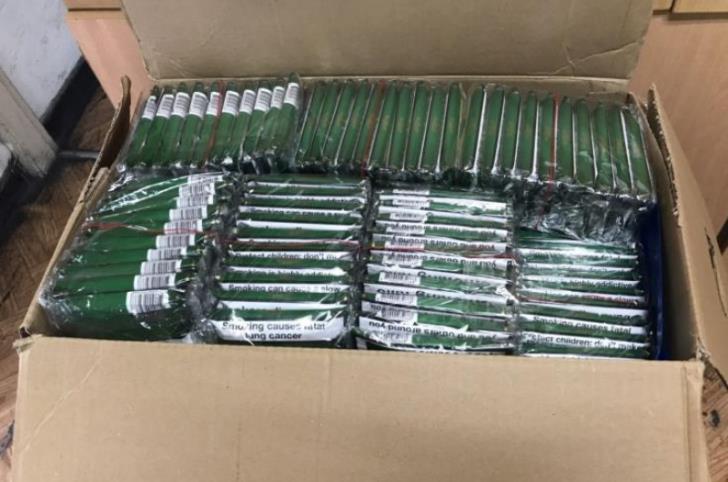 The Customs Department confiscated 56 boxes containing 200 e-cigarettes (HEETS) each from a vehicle that tried to access Republic of Cyprus-controlled areas from Ayios Dometios crossing.

Specifically, on Sunday police officers stopped a taxi with Turkish occupied north license plates that was transferring a Lebanese woman to Larnaca airport.

After a regular inspection, police found the 56 boxes of e-cigarettes, which the woman admitted that she bought from the occupied north.

The woman was arrested and the e-cigarettes were confiscated.