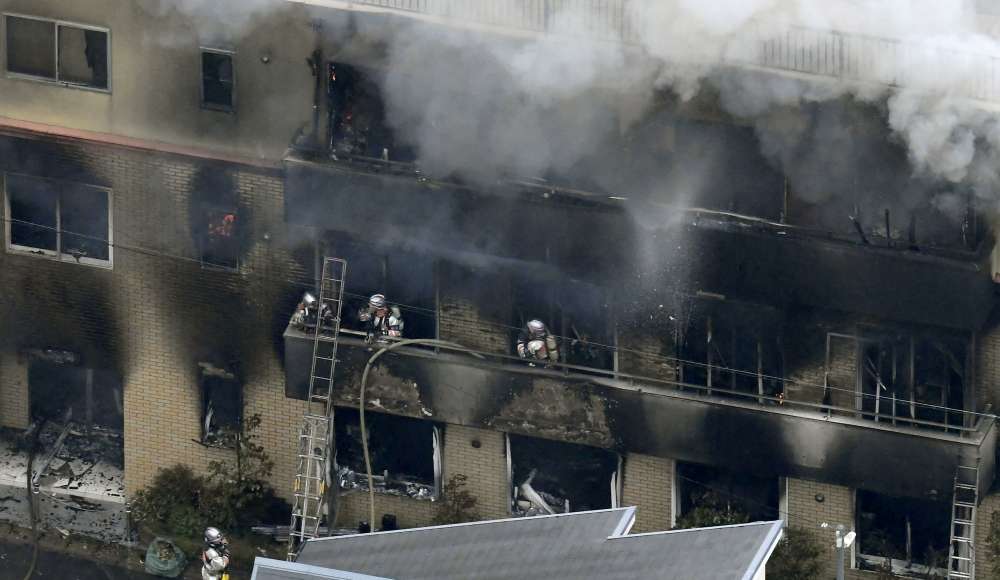 More than 10 people are feared dead and dozens injured or missing in a suspected case of arson at an animation studio in the Japanese city of Kyoto on Thursday, domestic media reported.

Public broadcaster NHK said police had taken into custody a 41-year-old man who shouted “Die!” as he poured what appeared to be gasoline around the studio.

The man was injured and was being treated at a hospital, preventing police from conducting a proper interview yet, NHK said.

TV footage showed white and black smoke billowing out of the many windows of the ochre-hued building of Kyoto Animation. The studio produces popular series such as the “Sound! Euphonium”, and its “Free! Road to the World – The Dream” movie is due for release this month.

A Kyoto city fire department official told Reuters that one person was confirmed dead and 12 others found without vital signs on the first and second floors of the building. Another 36 were injured, including 10 seriously, the official said.

Another 30 or so people believed to have been in the building at the time could not be reached, NHK footage showed a fire department official on the ground as saying.