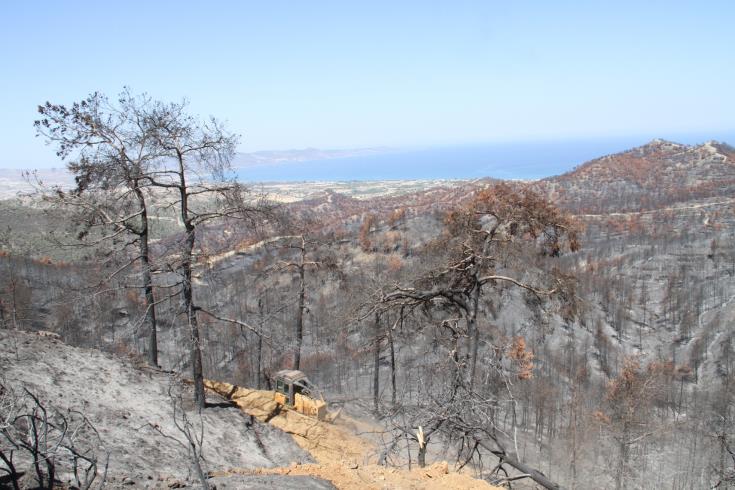 Authorities on Friday decided on a series of additional measures to prevent malicious fires at state forests including stepping up patrols and using drones to monitor sensitive areas.

The steps were agreed at a meeting held at the Forestry Department in the wake of a devastating fire in the Pyrgos Tyllirias area last month which authorities believe was started deliberately.

Friday’s meeting was attended by officials from the Forestry Department, the fire service, police, civil defence, the National Guard, the Game Service and representatives of volunteer groups.

Under the current law, anyone who deliberately starts a forest fire faces a maximum penalty of up to 14 years in jail.