More on survey about vaccination tendencies in Cypriot society 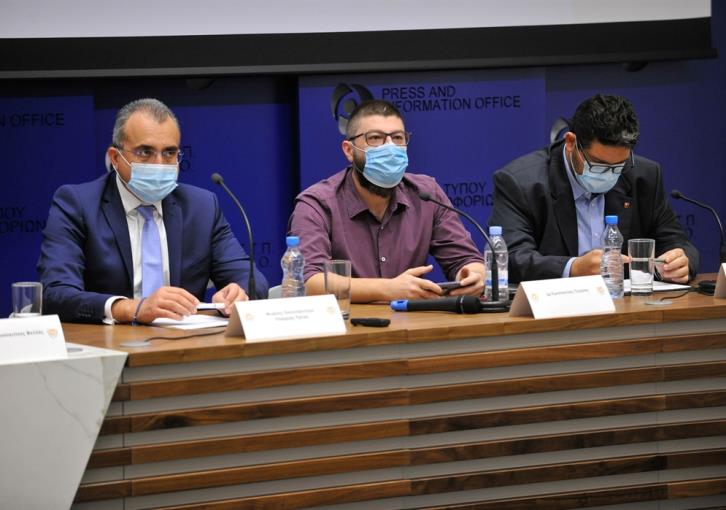 There is a tendency for division in the society due to the issue of vaccination against COVID19, a survey conducted by the Market Business Intelligence of the University of Nicosia with the cooperation of the Federation of Patient Organisations of Cyprus shows.  The survey also showed that  the majority of citizens are in favour of the vaccination.

The results of the survey were presented by Constantinos Phellas, Senior Vice Rector at the University of Nicosia and member of the Scientific Advisory Committee. The survey took plae in August with the participation of 2,038 people.

Addressing the event, Minister of Health Michalis Hadjipantelas said that the results of the survey will be taken into consideration for the Ministry`s communication policy regarding vaccination.

He pointed out that the conclusion of the survey is that  while the vast majority of citizens have been vaccinated, there are still fear and concerns, some of which could be described as valid, but also fear that is created by  conspiracy theories, and misinformation.

The Minister noted that more than 110,000 people in Cyprus have been infected with the coronavirus and according to experts, 30% of them continue to suffer months after their infection.

Presenting the survey, Phellas said that although the vast majority (39%) of those who participated in the survey said they had no problem with those who disagree with their views, there is a percentage of 22% (almost one in four) who state that they can not communicate with people who do the opposite and a 6% who said that they do not even include them in their social circle.

In addition, he said that the majority of citizens are in favour of the vaccination, since 87% of the participants in the survey are either vaccinated or will be vaccinated in the very near future. Only 6% are categorically against vaccination and 7% have not decided yet.

Phellas added that the confrontation between those vaccinated and the unvaccinated is not the appropriate approach since it does not contribute to anything positive in this crucial time. It only achieves to  undermine human relationships, he said, adding that the primary goal should be how to save lives.

He said that the highest  acceptance of the vaccine is among the age group of 60 years and over, where more than nine out of ten (92%) said that they have already been vaccinated.