More flights at Paphos, Wizz Air sets up base in Larnaca 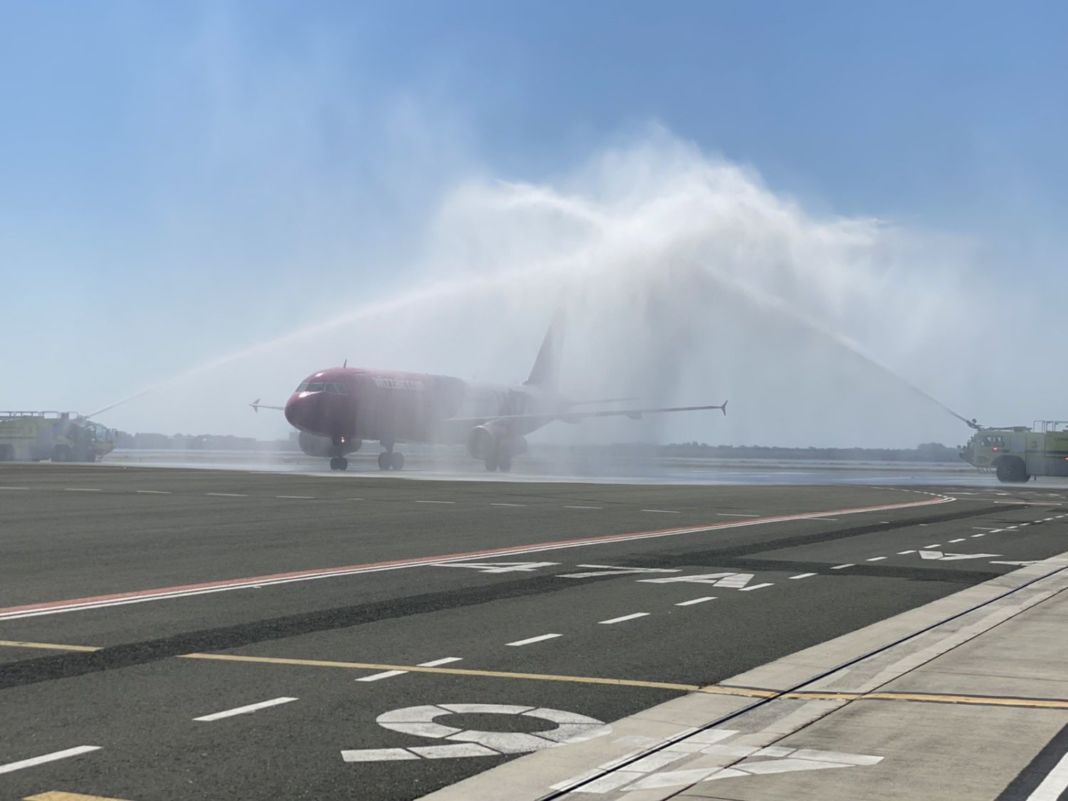 July signals a busier time for Paphos Airport which, having welcomed its first commercial flight after a three month coronavirus-imposed lockdown on June 22, is stepping up gear as more airlines schedule flights.

Meanwhile, Wizz Air flights to Larnaca were given a water arch welcome to mark the airline’s decision to make the airport a permanent base.

Today, four arrivals and four departures are scheduled at Paphos Airport — two from Poland, one from Liverpool and one from Tel Aviv.

According to the initial scheduling during the month of July Paphos is expected to welcome flights from some 20 countries.

However, the situation remains fluid because of the epidemiological situation in destination countries and these plans could change.

Happening Now – @wizzair Aircrafts have just landed at Larnaka Airport & are being welcomed by the traditional way of the water arch salutation! #Larnaka Airport has now become the 28th base of Wizz Air….😊#WizzAir #LarnakaAirport pic.twitter.com/if52tapGie

Meanwhile, Larnaca Airport today gave a water arch welcome to Wizz Air flights to mark the airline’s decision to make the airport its 28th base and boost it with a third airplane.

A new Airbus A320 will join the fleet on August 1, 2020, enabling the start of five new routes from Larnaca to Paris Beauvais, Eindhoven, Prague, Gdansk and Heraklion as well as the increase of frequency of the airline’s existing Athens route.

There are 20 arrivals and 20 departures scheduled at Larmaca Airport today with nine different airlines.