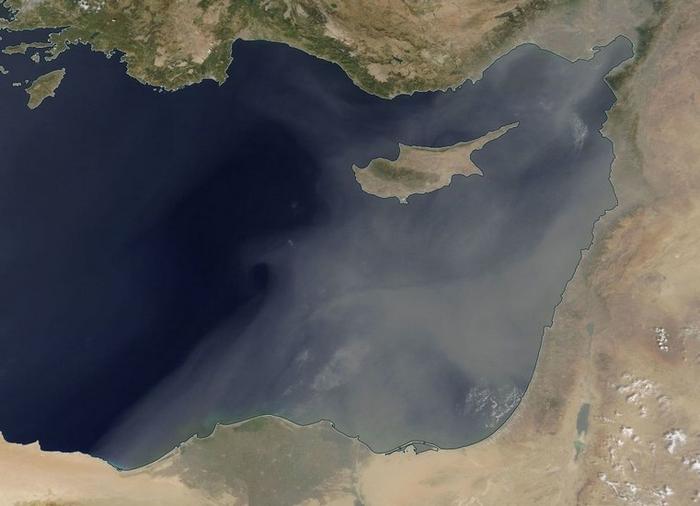 A weak light pressure system is affecting the area, with more dust in the atmosphere at intervals, the met office said on Friday.

The Labour Ministry issued a new announcement warning that dust levels are above average and urged vulnerable groups to avoid outdoor activities — the second such warning in two days.

In a statement on its website, it said that at 7:00 am the hourly concentration of respirable particles in ambient air with diameter less than 10 micrometres (PM10), were between the maximum value of 243 μg/m3 and minimum value of 93 μg/m3 (micrograms per cubic metre).

Consequently it is expected that the average 24 hour concentration will exceed the corresponding limit value of 50 μg/m3 as defined by the relative legislation.

Yesterday, the average 24hour concentration of respirable particles was between 38 and 78 μg/m3 depending on the location, it added.

“Because of the small size of the respirable particles and their negative effect on human health, the public and especially the vulnerable groups of population (children, older people, and patients) are advised to avoid outdoor activities and exercising in open spaces during this event,” the Labour Ministry said.

More information on the measured pollutant concentrations is available online through the dedicated website maintained by DLI at www.airquality.gov.cy, and also through the free application “Air Quality Cyprus” on the Google Play and iOS App Store.

Today will start off fine in most areas, with increased cloud expected later.  Temperatures will be around 18 C inland and on the coasts and 8 C in the mountains.

Tonight will be mainly fine and temperatures will drop to 7 C inland, around 11 C on the west coast, around 9 C on remaining coasts and around 3 C in the mountains.

Saturday will see intervals of increased cloud which may lead to light showers. Temperatures are expected to edge up to above average for the time of year.

Sunday will be partly cloudy and at intervals mainly cloudy with local showers and possible isolated thunderstorms, initially mainly in the west and mountains and later in the afternoon and evening in other areas. Snow or sleet is possible in the Troodos. Temperatures will drop to average for the time of year.

Monday will see isolated showers, mainly in the east in the morning with the weather improving in the afternoon.

There is 57 cm of snow in Troodos Square.