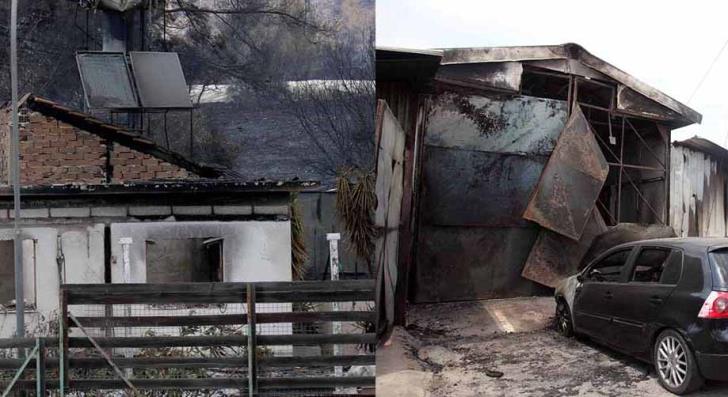 A massive ground and air fire fighting effort continue to control the last flare ups of the blaze that has spread 40 square kilometers long, destroying everything in its wake.

According to the director of the forestry department, the situation is under control, without any active fronts, but rekindling in certain areas remains an issue, with crews battling on the fire’s perimeter stretching some forty kilometers.

Four lives have been lost, young Egyptian workers who were trapped in the flames outside the Larnaca community of Odou and did not manage to escape.
The Cyprus Foreign Ministry expressed its condolences to Egypt and the families of the victims and gave assurances of support.
According to a preliminary Interior Ministry count, announced by minister Nikos Nouris, 50 homes have been destroyed in 7 communities affected by the blaze.
Two aircrafts from Greece are supporting fire fighting efforts, while two from Israel are on standby.
In a message on Twitter, the Cyprus foreign ministry thanked Israel for its solidarity and readiness to offer tangible and critical assistance in this hour of need; ‘Stronger Together’.
Israeli ambassador to Cyprus Sammy Revel said Israel stood with its friends in Cyprus during times of emergency.
France had also expressed readiness to provide assistance.
By Constantinos Tsintas
Previous articleWhere to get a rapid test on Monday July 5
Next articleOne death, 577 new coronavirus cases