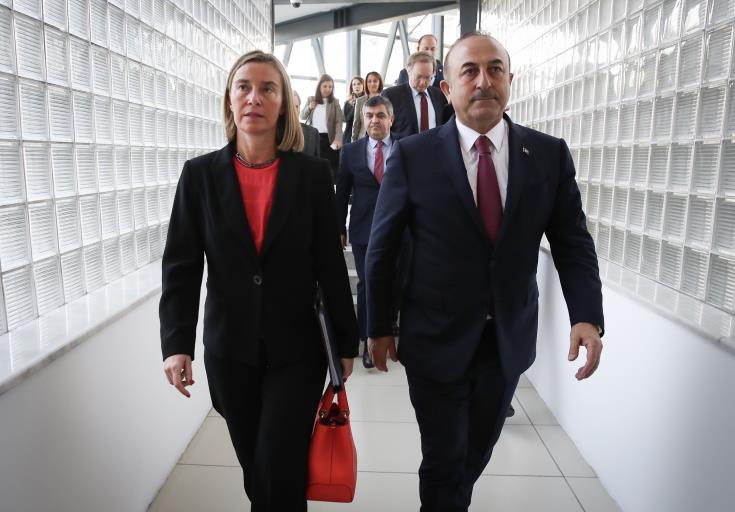 EU High Representative for Foreign Policy Federica Mogherini had this morning a telephone conversation with Turkey’s Foreign Minister Melvut Cavusoglu on the issue of Turkish illegal activities inside Cyprus’ EEZ, as she announced ahead of the Foreign Affairs Council of the EU 28, which is now starting in Brussels.

Mogherini said she spoke to Cavusoglou about Turkey’s activities in the eastern Mediterranean. She first expressed her full solidarity with the Turkish people, as today is the third anniversary of the attempted coup, recalling that “I think we all remember that day and that night very well. ”

“Our solidarity with the Turkish people is not in question,”she stated noting that  today the Member States will still discuss how to follow up the decisions taken by the Heads of State or Government at the European Council in June on drilling activity,” she added.

In statements before entering the FAC meeting, Finnish Foreign Minister Peka Haavisto also described today as a “crucial day”, stressing that “as Finland we are worried” and that “diplomacy should be the answer to this crisis. ”

By In Cyprus
Previous articleTomato-zucchini patties
Next articleSalmon sashimi salad