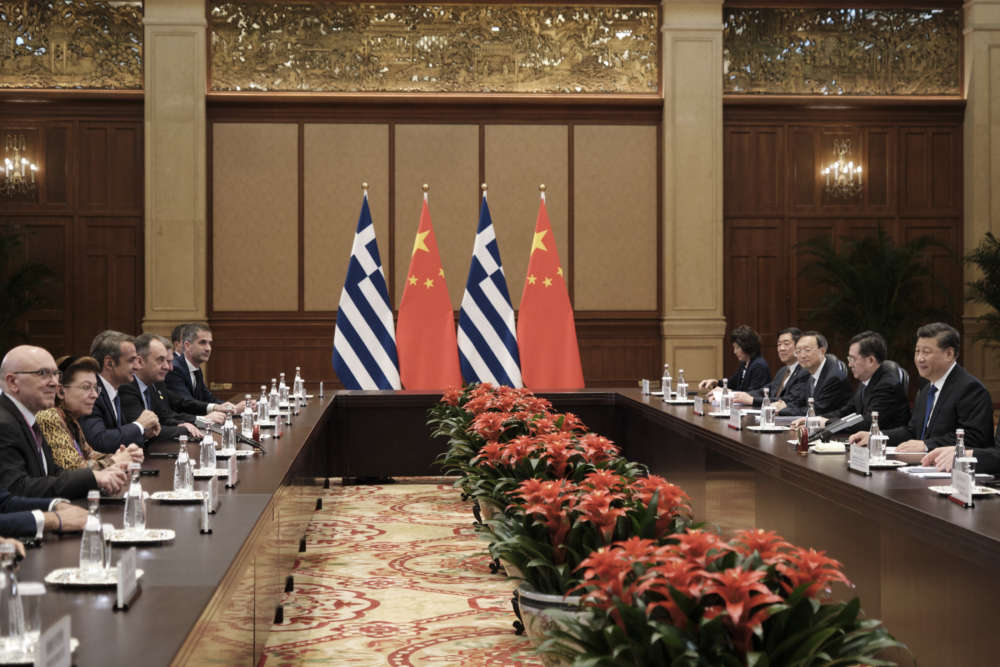 “There is a government in Greece committed to facilitating foreign investors, attracting foreign capital and creating wealth and prosperity for all Greeks in a sustainable way that respects the environment,” Prime Minister Kyriakos Mitsotakis stressed on Monday, in a meeting with Chinese President Xi Jinping in Shanghai.

The PM thanked the Chinese leader for the warm welcome towards the Greek delegation, stressing the importance of his visit to China only four months after his election. “It denotes the special importance we attach to our bilateral relations,” the prime minister said, while also referring to the “special significance” of the relationship between Greece and China, whose civilisations stretch back centuries, against a cultural backdrop.

Mitsotakis recalled that it was under a previous New Democracy government that had Greece first opened itself to the Chinese market.

“My party, ND, has politically launched the country’s large economic opening to China. I am now pleased that, as prime minister, I will be able to take this financial relationship to an outstanding level. The opportunities that lie ahead of us are many and significant,” he said, while referring to Cosco’s investment in Greece.

“I had the opportunity earlier to go to Cosco, talk to its chairman and confirm our absolute commitment to this extremely important investment. We were committed to approving the master plan within two months. We did this. It is a flagship investment,” the prime minister said.

“Your visit gives new impetus to our strategic cooperation,” Chinese President Xi Jinping underlined and added: “The Shanghai exhibition is a step towards opening the Chinese market to the rest of the world. China has invited Greece to be an honoured country in this exhibition so that you can promote your own products as well. China is happy for Greece to take advantage of this opportunity. It is a win-win situation.”