Mitsotakis-Ross talks focus on investment opportunities between US and Greece 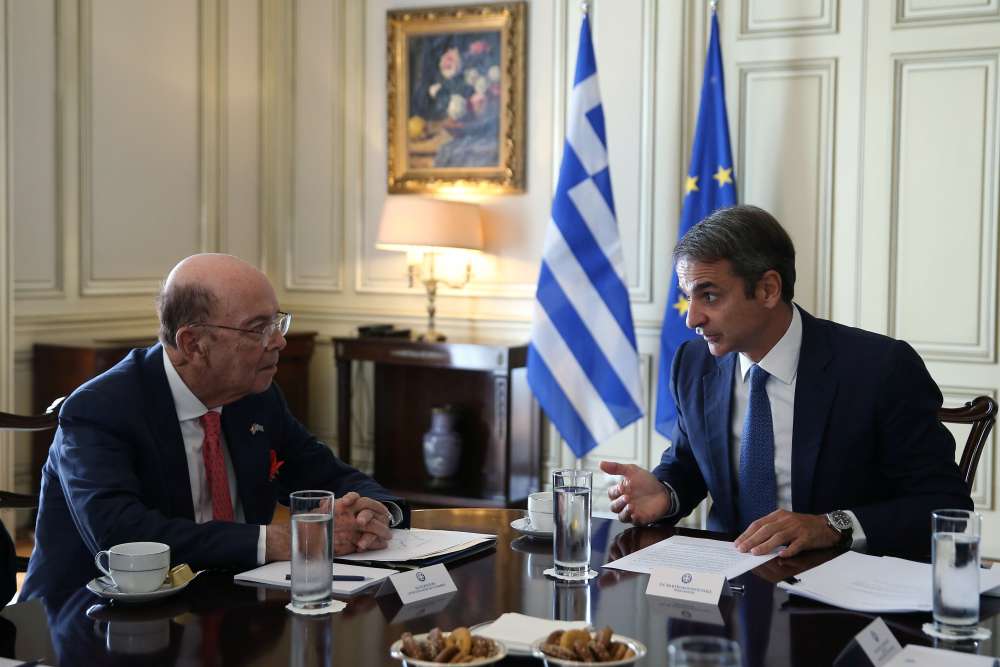 Major investment opportunities offered by Greece and achieving closer cooperation between Greece and the U.S. in the trade sector dominated a meeting between Prime Minister Kyriakos Mitsotakis and U.S. Secretary of Commerce Wilbur Ross on Thursday at the Maximos mansion in Athens.

Insiders also said that Mitsotakis had presented the Greek reform programme, placing emphasis on issues linked to Greece regaining its credibility in the economic sector and the simplification of procedures for making investments in the country.

Among the matters discussed were the landmark investments initiated by the Greek government, while Mitsotakis also raised the issue of excluding Greek olive oil exports from U.S. trade tariffs.

Issues regarding relations between EU and USA and matters referring to international trade were also discussed.

The two officials will meet again on September 25, during Mitsotakis’ visit to New York.

Mitsotakis has been invited by Ross to a working dinner with U.S. entrepreneurs who are interested in investing in Greece.