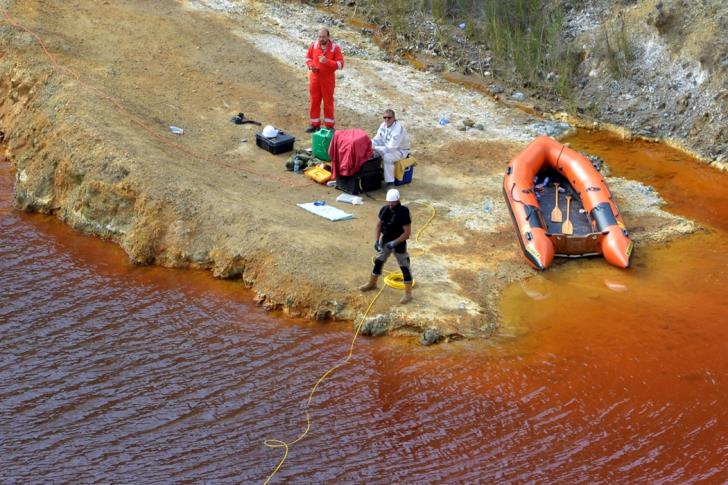 As the fire services prepare to recover two suitcases at Kokkini Limni in Mitsero as part of their search for three murder victims, photos and a video from previous years appearing to show a suitcase have been making the rounds on social media.

Alpha TV yesterday spoke to an man who had visited the area in late 2016. His photographs show a suitcase  — water levels were much lower at the time.

A Greek Cypriot army office is in custody for seven murders. He has told police that he stuffed the bodies of three of his victims in suitcases and threw them in Kokkini Limni.

Using a robotic camera the fire service detected two suitcases in the lake. They will attempt to recover the suitcases today and continue their search for a third suitcase.

Another search is underway at a lake in Xyliatou where the suspect said he threw the body of a six year old girl. Divers with specialist gear are taking turns to search the lake, so far with no result.

One video entitled “Cyprus Secret Red Lake” was posted on the Facebook page of American travel blogger Sarah Funky on February 23, 2018 during which she visits the acidic lake with a friend.

“While living in Cyprus, I discovered a secret red lake that few locals even knew existed. We decided to try to get there ourselves, and here is what happened” she said.

During the video she can be heard saying, it felt like death.

By In Cyprus
Previous articleMainly fine over next few days, temperatures above average
Next articleMitsero murders: ‘How many did he kill?’ foreign media ask