Mitsero murders: Suspect said to be linked to seven victims 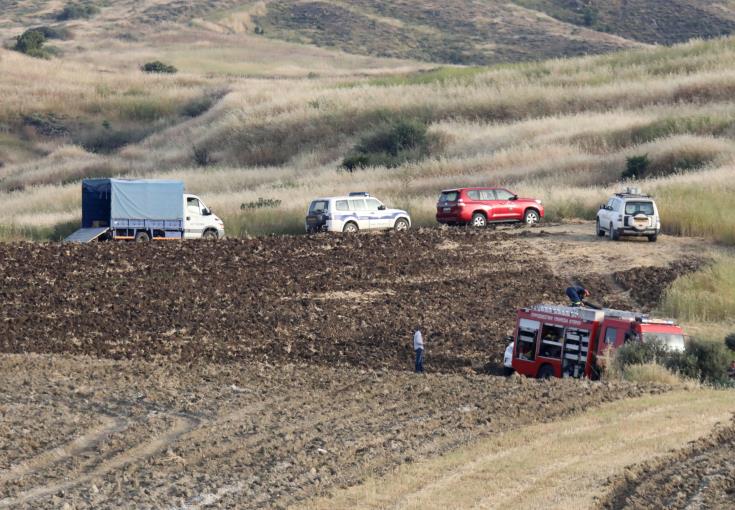 A 35 year old army officer is a suspect in the murder of seven people — five women and two children, CyBC reported on Thursday citing police sources.

This follows the discovery of the body late on Thursday afternoon of a woman in a well near the Orounta firing range and the reported confession by the 35 year old — who called himself Orestis on social media — to four more murders — of three women and an eight year old girl.

Fire services have recovered the body of a woman — believed to be from Nepal or India — from the well. They were led to the well by the suspect who admitted to killing her in the summer of 2018. The body is badly decomposed and no statements were made at the scene by state pathologists.

The suspect has told police that the other victims are buried near but not inside the Mitsero mine shaft where fire services today completed an extensive search. They said they had found no indication of any more victims.

The area near the shaft is under guard and police will tomorrow begin search for the three victims the suspect said he buried there.

Divers will also tomorrow resume a search of the lake in Xyliatou where the suspect said he dumped the Marry Rose’s daughter, Sierra, using specialist equipment.

On Thursday morning, the suspect appeared before Nicosia district court where police requested a two day remand in connection with the premeditated murder of Maricar. The suspect appeared without a lawyer and did not object to the extension of his custody. He is due back in court on Saturday where police are expected to ask for a renewal of his remand.

After the remand hearing, the suspect was questioned again and according to the Cyprus News Agency admitted to the murder of Maricar and of an Asian woman he said he had dumped in the Orounta well but whose particulars he did not give. He also admitted to killing a Romanian woman and her young daughter, the news agency said.

He also reportedly told police investigators where the bodies were.

Meanwhile, fire services completed a painstaking search of the flooded 130 metre deep mine shaft in Mitsero but without result. Initial suspicions after an object was picked up by robotic cameras turned out to be canvas that was used when the mine was in operation.

Police have come under fire for their handling of the case of missing women, with critics saying that had they acted quickly in investigating a missing persons report, lives could have been saved.

Akel has gone further, accusing the Justice Minister and chief of police of criminal negligence and demanding they resign. An administrative inquiry is underway, but the police association counters that officers acted in line with the law and their hands are tied by legislation restricting access to telecommunications.

Meanwhile, a demonstration is being organised outside the Presidential Palace at 6 pm on Friday as a spontaneous protest over how cases of missing women are handled in Cyprus.

By In Cyprus
Previous articleMitsero murders: Body of third woman found, suspect said to admit to another double murder
Next articleWarm and mainly fine today and over Easter weekend