Mitsero murders: Suspect back in court as search for victims continues 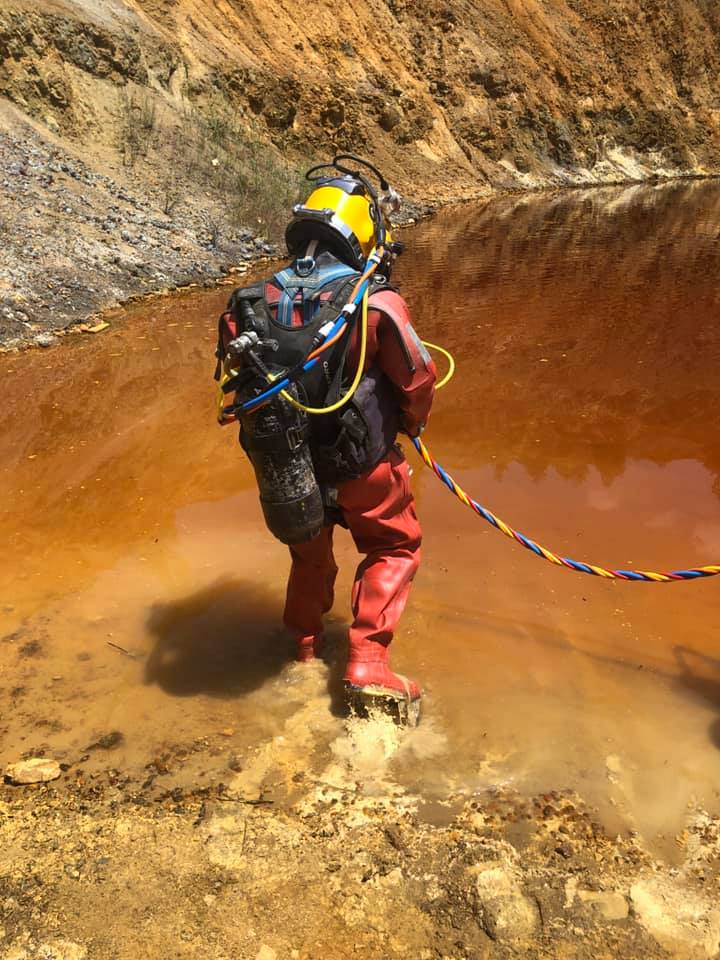 A 35 year old Greek Cypriot army officer suspected of killing five women and two children was remanded in custody for another eight days on Monday as authorities continue to comb two lakes for two murder victims.

The suspect has reportedly confessed to all seven murders. Five bodies have so far been recovered – two from an abandoned mine shaft in Mitsero, one from a dry well in Orounta firing range and two from Kokkini Limni – a highly toxic lake near Mitsero.

It is there that divers and robotic cameras are being used to search for a third body, but their efforts have been hampered by extremely limited visibility and mud.

Sonar equipment brought in from the US has also been use there as well as in Memi lake near Xyliatou where a search is ongoing for another victim – a six year old girl.

Police can request the court to renew a remand order for a maximum of eight days at a time for a maximum period of three months, after which they must file a case in court.

The suspect appeared in court amid tight security, wearing a bullet proof vest and without a lawyer.  Reporters at the scene said he looked calm and collected and did not object to the renewal of his remand.

The police investigator told the court that they had taken 450 statements so far and would take another 100. More than 355 items have been taken into evidence.

The army officer has reportedly admitted in a 10 page confession he wrote out himself to killing five women and two girls, aged six and eight. He denies raping a 19 year old woman in a separate case.

Meanwhile, a post-mortem examination is to be held today on the second body found in a suitcase that was retrieved from Kokkini Limni on May 5 and is believed to belong to eight year Elena Natalia, daughter of Livia Florentina Bunea whose body was found a week earlier.

The autopsy will be carried out by three state pathologists Angeliki Papetta, Nicolas Charalambous and Sofocles Sofocleous, in the presence of Scotland Yard pathologist Andreas Marnerides who flew over specially from London.

Meanwhile the search for the bodies of two other victims enters the 30th day.  Large quantities of mud are making the search in Kokkini Limni particularly difficult. Reports say that the mapping of both lakes with the sonar equipment has been completed, the results are being studies and the equipment is due to be sent back on Tuesday.