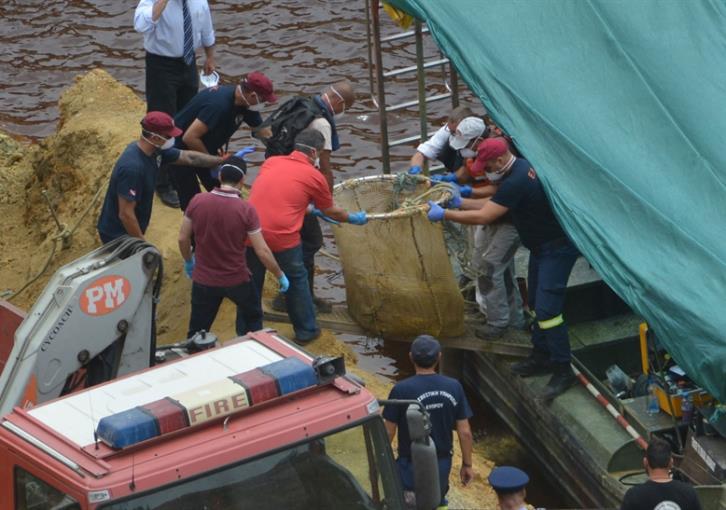 After weeks of combing Kokkini Limni in Mitsero, authorities on Tuesday recovered a suitcase with a badly decomposed body believed to be one of the victims of a self-confessed serial killer.

Police spokesman Andreas Angelides confirmed a body had been found, but would not elaborate. He spoke of a “very significant development” in the ongoing police investigations, adding that a search will continue in Memi lake near Xyliatou where authorities have been looking for the body of a six year old girl.

Sources said the victim was tied. Pavement slabs were found in the suitcase which was found by a diver of the private company Brasal Marine Service Cy which has been helping the fire services in their search that has also involved robotic cameras and sonar equipment. 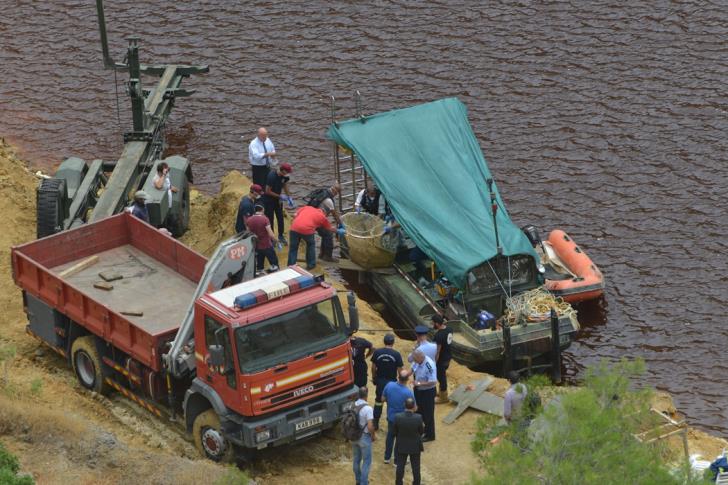 Police chief Kypros Michaelides told reporters at the scene that in his 42 year career he had never seen such barbarity.

A 35 year old army officer has reportedly confessed to killing five women and two children. So far six bodies have been recovered from three separate locations — Kokkini Limni — a mother and daughter and the body found today, an abandoned mine shaft in Mitsero where the bodies of two women were found, and a dry well in Orounta firing range where the body of another woman was found.

The suspect is currently in police custody and is due back in court on Thursday for a renewal of his remand.  Sources said police are trying to contact three women with whom the suspect, who went by the online name of Orestes, was in touch.

The body found on Tuesday is believed to belong to Maricar Valdez Arquiola from the Philippines. The suitcase and body were first inspected by state pathologists and then taken to the Nicosia morgue where a post-mortem examination will be carried out.

The discovery on the west side of the lake comes as a breakthrough for the fire services who have been leading the search for several weeks, combing the lake inch by inch. 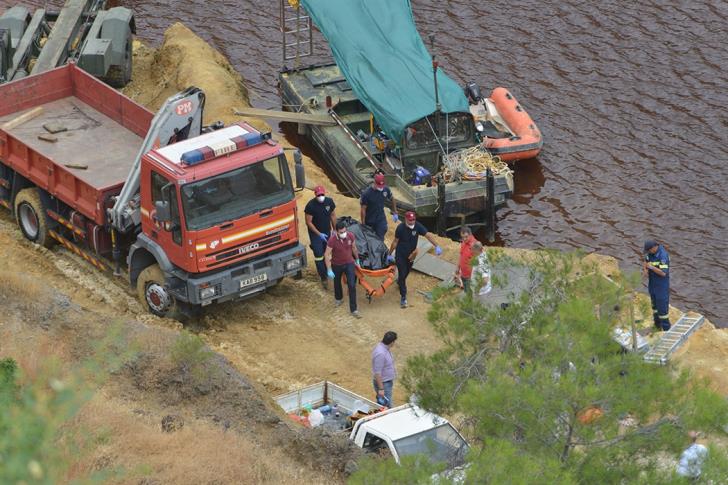 Fire chief Markos Trangolas had pledged that every effort would be made to locate the bodies of the victims.

The search will now focus exclusively on Memi lake where the suspect has said he threw the body of a six year old girl. An intensive search there, boosted last week by Israeli experts, has so far failed to bring results, hindered by mud and low visibility.

Initial plans to drain part of the lake to facilitate the effort were later shelved after the Water Development Department said that this could pollute underground water supplies. 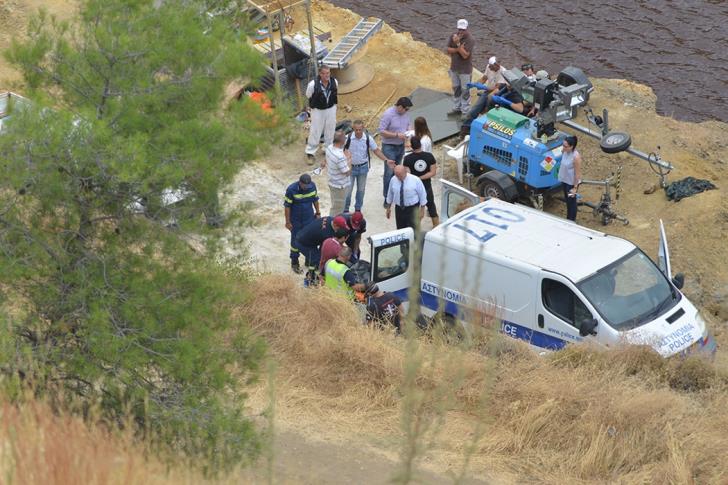 By In Cyprus
Previous articleForestry Department posts nature video in appeal to prevent fires
Next articleUnemployment in Cyprus further decreased to 6.9% in April 2019