Mitsero murders: Search of mine shaft, lake to continue ‘as long as necessary’ 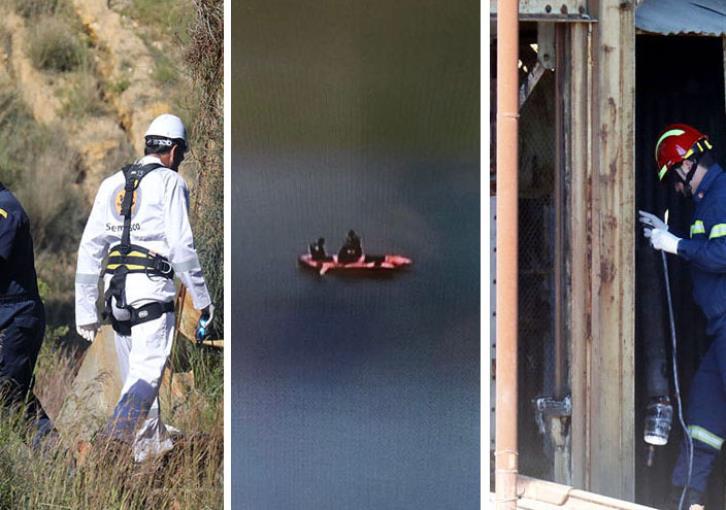 Searches in an abandoned mine shaft and a lake in Xyliatou using specialised equipment are ongoing and will continue as long as necessary, Fire Services chief Markos Trangolas told reporters on Monday.

“You appreciate that this is a very sensitive issue. We are examining the possibility there may be other bodies. The search will continue for as many days as necessary and until we have definitive answers,” he said.

Trangolas spoke to reporters minutes after police chief Zacharias Chrysostomou visited the abandoned Mitsero mine shaft as well as the lake in Xyliatou. Both are scenes of active investigations — police have already found two bodies in the abandoned mine shaft of two women, both from the Philippines and fear there may be more.

A 35 year old National Guard officer under arrest for their murder had told police that he dumped the two bodies in the mine shaft after strangling them.

He also told police that he dumped the body of the six year old girl of the first victim in the lake, claiming that she had died after choking on her own vomit.

Police and the fire services, assisted by the coastguard and national guard divers are looking for the body of the child in the lake using a sophisticated robotic camera.

Trangolas said the camera — which had been supplied by a private company — had been used in the mine shaft on Sunday and would be used there again later today.

He said that there were ‘obstructions’ in the mine shaft that made the work of the fire service difficult, adding the the safety of the people carrying out the search was paramount.

But he said that a plan of action had been drawn up in order to overcome these obstacles and assured that authorities will persevere in their search until there are definitive answers.

Police chief Zacharias Chrysostomou said earlier on Monday that police were dealing with a crime which was unprecedented in Cyprus and that it was too early to determine its extent.

He also said that once the ongoing investigation was completed, police would scrutinise how they handled the reported disappearance of the first victim and her daughter. Should it indicate weaknesses in the system these will be addressed and should they show dereliction of duty then those responsible will be called to account, he added.

Meanwhile, Justice Minister Ionas Nicolaou said that he had not had any communication with the president of the Housemaids Association of Cyprus (HMA) Louis Koutroukides.

Koutroukides has told the media that he had contacted authorities about the missing woman and her child only to be told not to worry as she was bound to have crossed into the Turkish-held areas.