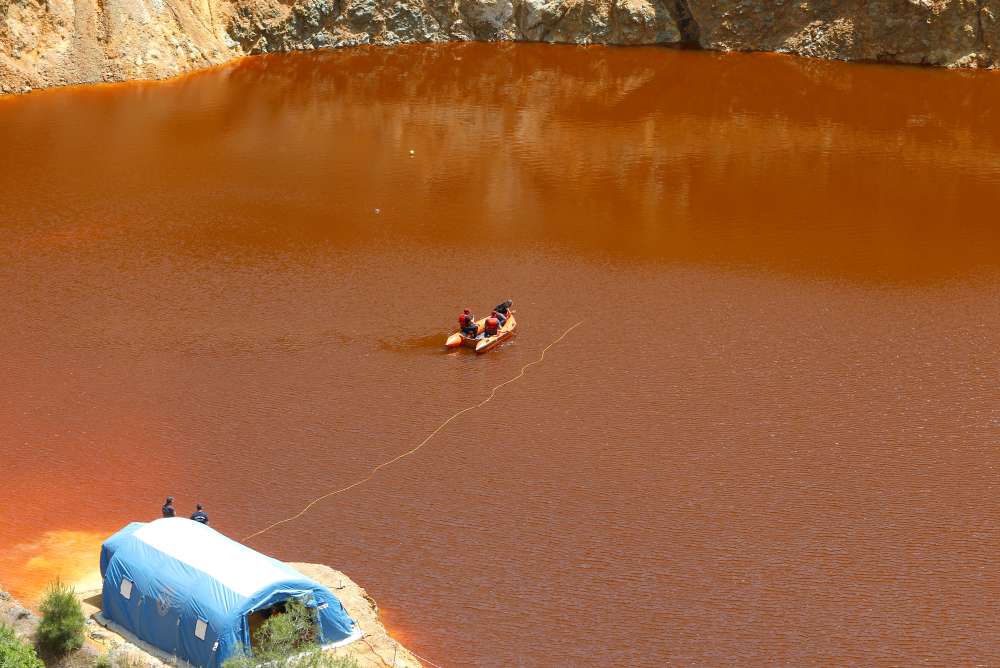 A search for three murder victims at two locations entered their 18th day on Wednesday, with divers and robotic cameras combing two lakes — Kokkini Limni at Mitsero and a lake at Xyliatou.

A 35 year old Greek Cypriot army officer has reportedly admitted to killing five women and two children and told police where he disposed of the bodies.

Scotland Yard experts are in Cyprus to help police in their investigations. Among them is a pathologist (coroner) who is participating in post-mortem examinations of the four victims — all adult women — whose bodies were recovered from an abandoned mine shaft, a dry well and Kokkini Limni.

Two post-mortem examinations were held yesterday on the victim found at Kokkini Limni and the woman whose body was found in a well at Orounta firing range. CyBC said that the autopsies were inconclusive and results are awaited from scientific and DNA tests.

The same team of coroners — two Cypriots and the Scotland Yard expert who is of Cypriot descent, will today carry out autopsies on the two bodies found in the mine shaft, it added.

The murder spree has stunned public opinion and led to repeated calls for the resignation of Justice Minister Ionas Nicolaou and Police Chief Zacharias Chrysostomou.

The government has appealed for calm and said all issues will be looked at once the investigations  into the unprecedented crime are completed.

However, President Nicos Anastasiades is due to meet both men tomorrow.

Critics have slammed police for not doing enough to find the victims when they were first reported missing, and particularly for not checking the telecommunications and social media pages of the victims to determine who they had been in contact with prior to their disappearance.

Police have countered that the law prohibits them from doing so, an argument rejected by some legal circles who say that the disappearances — including of two mothers and their children  who did not take their travel documents or personal items with them — should have triggered an alarm.

At Kokkini Limni authorities are using a robotic camera and the search will continue until Saturday when sonar equipment being brought in from the US will be be used.

Divers are taking turns to search the lake at Xyliatou. The search there will continue today after which, preparations will be made to use the sonar equipment.

Phileleftheros reports that police meanwhile have been going through the telecommunications and social media of the suspect — who went by the name of Orestis on his social media pages.

They are combining this with a search on police’s list of missing women and are also trying to see whether other women had left their employer without being reported missing.

By In Cyprus
Previous articleMore than 110,000 register with general health scheme
Next articleDeparting holidaymaker arrested after police find bullets in her hand luggage