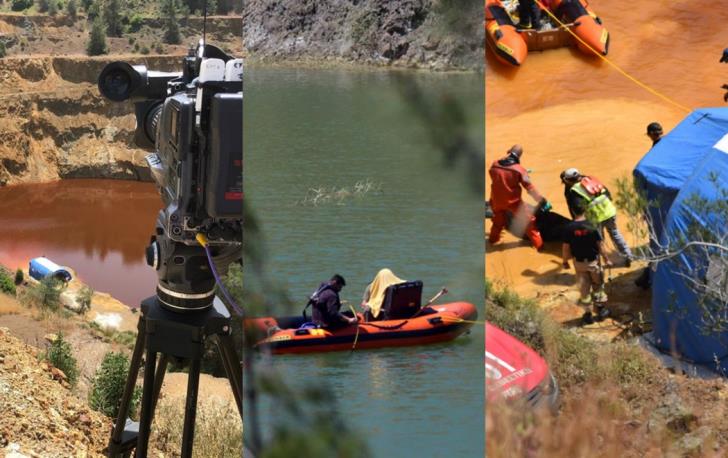 Once police complete their investigations regarding the Mitsero murder victims, the government will examine the issue in its entirety, including any possible dereliction of duty, government spokesman Prodromos Prodromou told the Cyprus News Agency on Wednesday.

His comments came as fire fighters and divers continued to search two lakes for three murder victims. Four body have been recovered at three locations. A 35 year old Greek Cypriot in police custody has reportedly confessed to killing five women and two children.

There have been repeated calls for Justice Minister Ionas Nicolaou and Police chief Zacharias Chrysostomou to resign. An administrative inquiry is underway by police as to how they handled the disappearance of the victims, at least six of whom were reported missing.

The government has countered with appeals for patience, saying priority should go to concluding the murder investigation.

But President Nicos Anastasiades will tomorrow meet Nicolaou and Chrysostomou at the Presidential Palace.

Prodromou said  the two men will brief the president on the investigations and will discuss whether and what measures may need to be taken and whether changes should be introduced.

The focus will be on the gaps, what exactly is to blame and what should be done, the spokesman said.

Asked whether resignations may be discussed, the spokesman referred the media to a previous statement by Anastasiades promising that all the necessary corrective action will be taken, but insisting that the investigations be allowed to conclude first.

He said that among other issues that needed to be examined is the  framework governing third country nationals employed in Cyprus.

More meetings are expected to follow that scheduled for tomorrow, he concluded.

By In Cyprus
Previous articleChildren abducted by father found safe in occupied north, back in Limassol
Next articleBritish transport minister faces calls to quit after Brexit ferry contracts cancelled