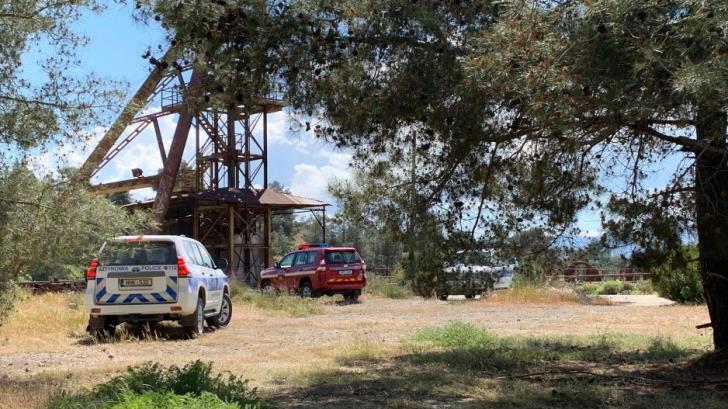 Authorities on Wednesday resumed a search at an abandoned mine shaft in Mitsero and are also carrying out investigations in other sites and areas, police spokesman Andreas Angelides said on Wednesday, without elaborating.

He also announced that an administrative inquiry has been ordered to probe how police handled the disappearance of the two women whose bodies were found in the mine.

He spoke soon after fire services chief  Marcos Trangolas said that a robotic camera has already descended to 60 metres in the flooded mine shaft and expected to reach the bottom of the 130 metre shaft by the afternoon. Fire services are also using a smaller camera because of debris in the shaft.

The bodies of two women, both bound hand and foot, were found in the mine shaft. Police are still looking for the daughter of the first victim. A 35 year old Greek Cypriot is in police custody on suspicion of premeditated murder.

Asked whether there were any indications of more bodies in the shaft, the fire chief said that there was no such indication so far.

A search of a lake at Xyliatou where the suspect has told police he dumped the body of the six year old daughter of the first victim, is set to resume on Thursday as authorities prepare to send in a diver with specialised equipment.

Trangolas said the authorities expect to have a picture of what is in the mine shaft by the afternoon.

Updating reporters on the investigations, the police spokesman said that police have searched 10 sites and areas as well as three cars and these were continuing.

The 11 member investigative team is being assisted by the police’s cyber crime unit. The suspect, a 35 year National Guard officer, has been questioned again, he added, but would not elaborate.

Asked what police were looking for in the mine shaft, the spokesman would only say that “there are reasons why the search must continue,” but noted that searches were also underway elsewhere.

The spokesman also said that police chief Zacharias Chrysostomou has ordered an administrative inquiry into how police handled the disappearance of the two women and the child.

The three member committee will examine whether there disciplinary or other offences were committed and to submit recommendations as to the protocol that must be followed.

Police have come under fire for their handling of the the missing women and child, and Akel has already called for the resignation of the Justice Minister and the police chief.

The government counters that all issues will be looked at, but priority must go to solving the case.