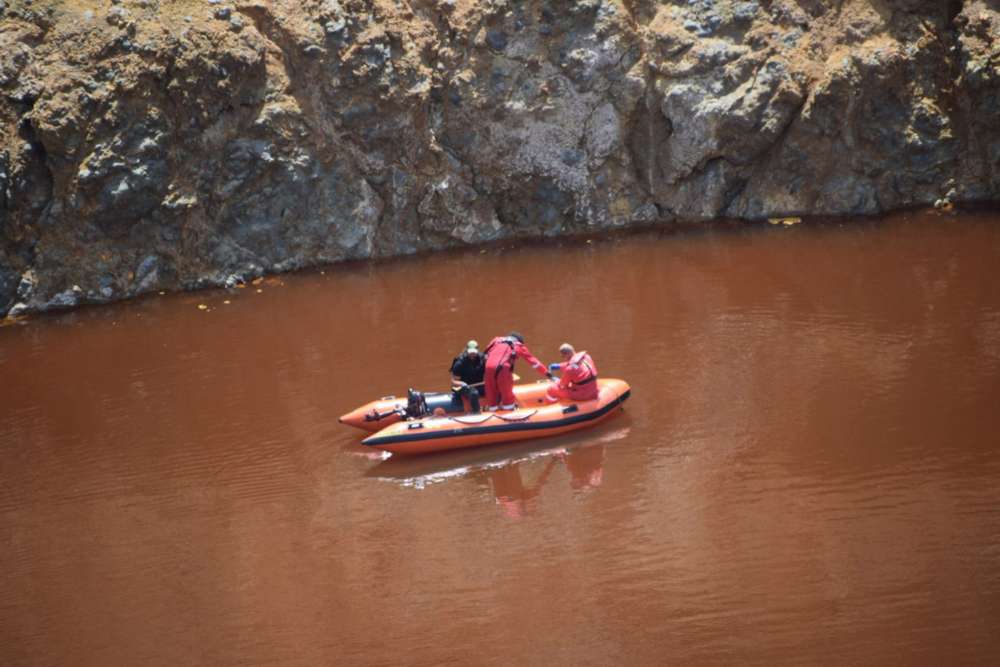 An object, believed to be a cement block, was detected by a robotic camera in Kokkini Limini in Mitsero late on Wednesday afternoon where a suspected serial murderer said he threw the bodies of three of his victims in suitcases.

One victim was recovered from the acid lake on Sunday, in a suitcase which also contained a cement block. A search has been ongoing for two more bodies at Kokkini Limni and one at a lake in Xyliatou where he said he threw the body of a six year old girl.

The 35 year old suspect has reportedly confessed to killing five women and two children. A total of four bodies have been recovered so far.

There were no other developments today — the 18th day of searches.

He added that the team of investigators had reached some initial conclusions, but the investigation was ongoing with significant input from the cvber crime unit.

In  a separate development Diko today called on President Nicos Anastasiades to sack Justice Minister Ionas Nicolaou. It also spoke of criminal negligence by police in investigating cases of women reported as missing and asked for an independent inquiry to probe disciplinary, administrative and criminal responsibilities.

Nicolaou and chief of police Zacharias Chrysostomou are both due to meet the president tomorrow. Nicolaou issued a written statement earlier on Sunday saying that he had ‘taken his decisions’ and would be informing the president before announcing them.

His announcement was interpreted by some media outlets that he intended to submit his resignation tomorrow.