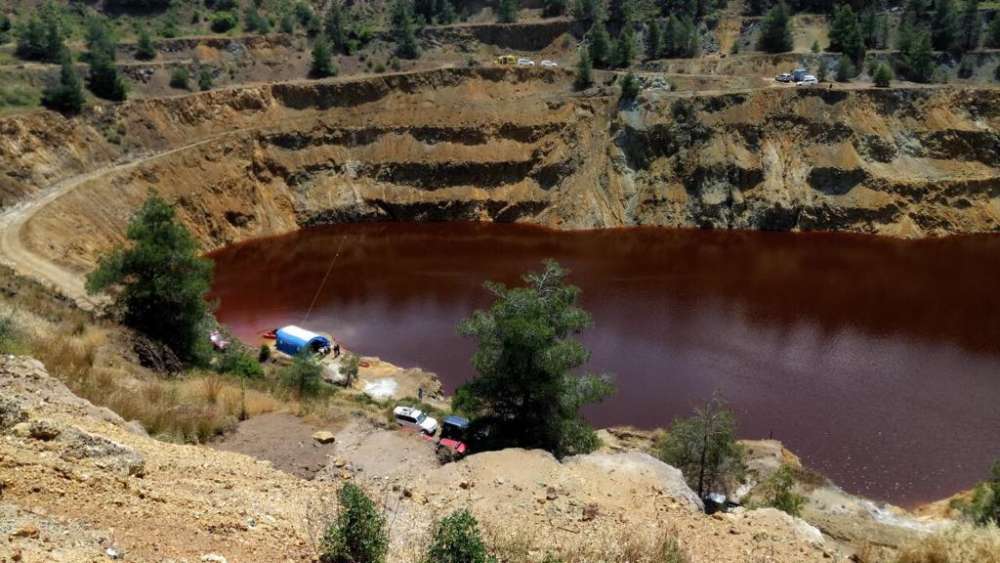 A post-mortem examination was carried out on Monday on the body of an adult woman found in a suitcase at the bottom of an acidic lake on Sunday, but findings as to  the cause of death and identity are inconclusive CyBC reports.

It added that state pathologists have taken samples for further tests. A second post-mortem examination is expected to be carried out tomorrow, CyBC said.

Police spokesman Andreas Angelides told the Cyprus News Agency that samples have been taken for further tests. He added that DNA tests will also be carried out.

An army officer in custody for killing five women and two children told police he had put the bodies of three of his victims  — Livia Florentina Bunea, her eight year daughter Elena Natalia and Maricar Valdez Arquiola in suitcases and thrown them in the toxic Kokkini Limni  (red lake) at Mistero.

Divers with special gear recovered one suitcase yesterday. It contained a badly decomposed body of an adult woman and a cement block. A robotic camera detected a second suitcase but efforts to recover it are hampered by zero visibility after yesterday’s efforts stirred the mud.

The robotic camera is continuing to search for the third suitcase.

Divers are continuing to search another lake at Xyliatou for the body of six year old Sierra, daughter of Marry Rose Tubierco whose body was found in an abandoned mine shaft on April 14.

Fire chief Marcos Trangolas told reporters at Xyliatou lake that the search will continue as long as light and visibility at the lake permits.

“We are at the day when the search of a critical area will be completed,” he said.

Meanwhile, arrangements have been made through Cypriot company Brasal to bring sonar equipment to Cyprus on Friday so as to comb the deepest areas of the two lakes in detail, he added. This is expected to begin on Saturday.

Brasal has been assisting the investigations with equipment and specialist divers.

A body found in a well in Orounta firing range is believed to belong to a woman from Nepal. Although the suspect has given police a name, her identity has still not been confirmed.

By In Cyprus
Previous articleGlobal military spending at new post-Cold War high, fueled by US, China – think-tank
Next articleJoe Biden to kick off U.S. presidential bid with speech to union workers