Mitsero murders: 16th day of search for victims ends with no results; to resume tomorrow 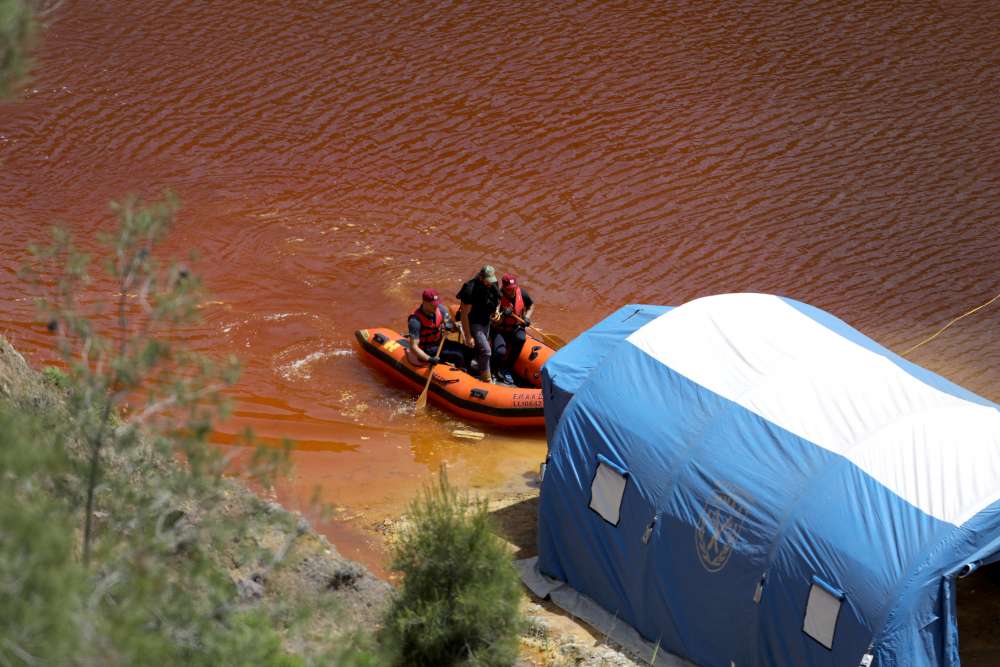 A search at two lakes for three murder victims ended with no results on Monday and will resume again tomorrow.

Searches are being carried out at the acidic Kokkini Limni (Red Lake) at Mitsero and at another lake at Xyliatou, where a 35 year old Greek Cypriot army officer said he had dumped four bodies. One was recovered yesterday.

Police say the suspect has confessed to killing five women and two children. Four bodies have been recovered — two from an abandoned mine shaft in Mitsero, one in a well at Orounta firing range and the fourth from a suitcase thrown into Kokkini Limni.

Today, the 16th day of searches focused on the two lakes. Divers searched the Xyliatou lake for the body of a six year old child. A robotic camera continued a search of Kokkini Limni looking for a third suitcase with a body. A second suitcase believed to contain a body had already been detected on Saturday, but divers were unable to enter the water today to recover it because of low visibility as a result of yesterday’s operation to recover the first suitcase.

Reports said murky water had also hampered the effectiveness of the robotic camera. Sonar equipment is being brought in from the US on Friday to comb the lakes.

Only one of the victims has been formally identified — Marry Rose Tubiurco. The suspect has told police he threw the body of her six year old daughter Sierra at Xyliatou and three other bodies — of Livia Florentina Bunea, her eight year daughter Elena Natalia and of Maricar Valdez Arquiola at Kokkini Limni.

The second body found in the mine shaft is believed to belong to Arian Palanas Lozano  from the Philippines, but the results of DNA tests are still expected for final confirmation.

A body found in a well in Orounta firing range is believed to belong to a woman from Nepal.

A post mortem examination was carried out on Monday on the body recovered from Kokkini Limni, but was inconclusive as regards cause of death and identification and further tests will be carried out.

By In Cyprus
Previous articleJoe Biden to kick off U.S. presidential bid with speech to union workers
Next articleMainly fine and warm, dust in the atmosphere until Friday