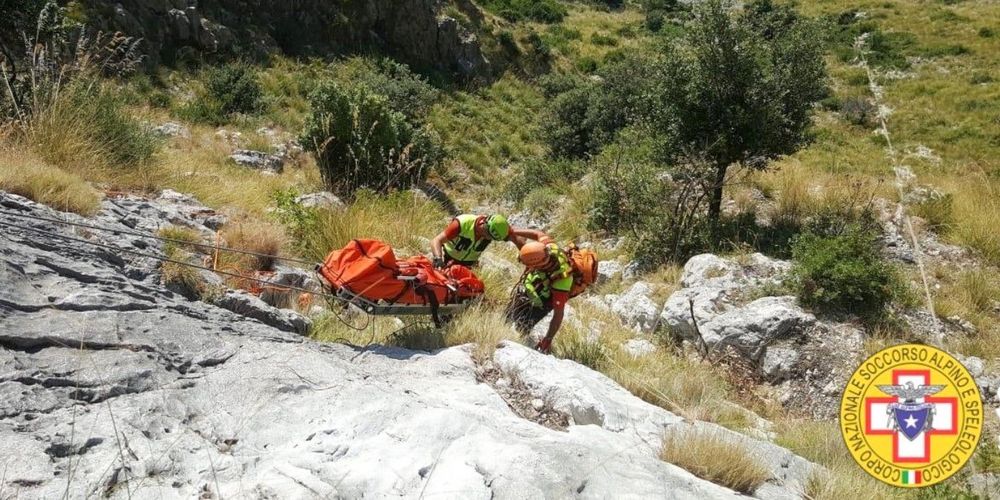 Badly injured on a cliffside in southern Italy, a French hiker called emergency services this month, but he could not tell them exactly where he was after a fall that broke his legs.

It took rescuers nine days to locate Simon Gautier’s body, but it could have been found much sooner had Italy installed a new emergency mobile phone geolocation system that is in operation in a dozen European countries, according to the European Emergency Number Association (EENA).

It might also have saved Gautier’s life had emergency services been able to locate him quickly, although it later emerged that the hiker had died soon after making the call from a ravine on the rugged coastline south of Naples.

Brussels-based EENA lobbies European Union (EU) countries to adopt the Advanced Mobile Location (AML) system, which can be a matter of life or death in search-and-rescue missions.

“Member states have a moral obligation to implement AML but some have not done it yet because there is no pressure,” EENA spokesman Benoit Vivier said.

As of December 2020, AML will be required for all EU member states, in line with legislation passed in late 2018 that builds on 2009 and 2002 EU directives. Member states that do not comply will be fined.

The new emergency system is up to 1,000 times more precise than older mobile phone geolocation systems, which can triangulate a caller’s position to within only about two kilometres (1.2 miles) in a city or 20 km in the countryside.

AML can pinpoint a person’s location down to within two metres (yards) and when someone phones emergency services, the system transmits the caller’s coordinates at the same time.

The technology has been deployed in 12 European Union countries, including Britain, the Netherlands and Austria, where it was used last year to save a paraglider who had gone off course and hurt his legs upon landing.

In Lithuania, a seven-year old boy called emergency services in 2017 to report that his father was unconscious but he did not know his address. The emergency location feature in the Android phone used to make the call located it within 6 metres (20 ft)and allowed emergency services to arrive at the right place.

Geolocation and rescuers’ response time are key questions for Italian prosecutors, who have opened an investigation into why it took so long to locate Gautier.

The Salerno prefecture, which administers the area where the Gautier disappeared, said a search began immediately but that geolocation was inaccurate and that the search area was as large as 140 sq km (54 square miles).

The head of Italy’s emergency response network, Mario Balzanelli, told Italian media that Gautier would have been swiftly rescued if Italy had applied the EU directive on the geolocation of emergency calls.

“This case points to the glaring, absurd and untenable fact that in Italy the 118 (emergency) switchboards still do not have the emergency call geolocation system, despite the fact this was called for by an industry ministry decree in 2009,” he was quoted as saying by ANSA news agency.

Gautier’s friends and relatives have also denounced the slowness of the rescue operation, saying more could have been done. His mother called the operation “absolutely inadequate.”

Italian newspapers quoted medical sources on Tuesday as saying that an initial medical examination had shown Gautier had died about 40-45 minutes after he made his call to 118.

He suffered a haemorrhage caused by his broken leg cutting an artery, and even with an active geolocation system, rescuers would not have had time to get to him alive, they said.