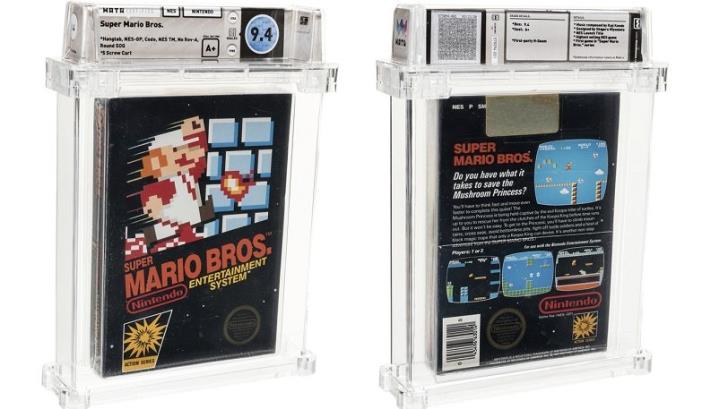 Super Mario Bros. making record sales even three and a half decades after its initial release. A mint copy of the US version of the 1985 game sold for $114,000 (100,000 euro) at Heritage Auctions, breaking the previous record set by a copy also of Super Mario Bros. in a similar condition that sold for $100,150 (88,000 euro) at an auction last year.

This makes the 1985 Super Mario Bros. game the most expensive game ever sold to date, according to journalist and game collector Chris Kohler.

What made this particular version so coveted is the fact that it’s graded at a 9.4 out of 10, which makes it a near-perfect condition collectors item, with everything sealed in the original packaging to boot. It’s also a particular version of the US retail edition with a cardboard hangtab which went through quite a few repetitions over time.