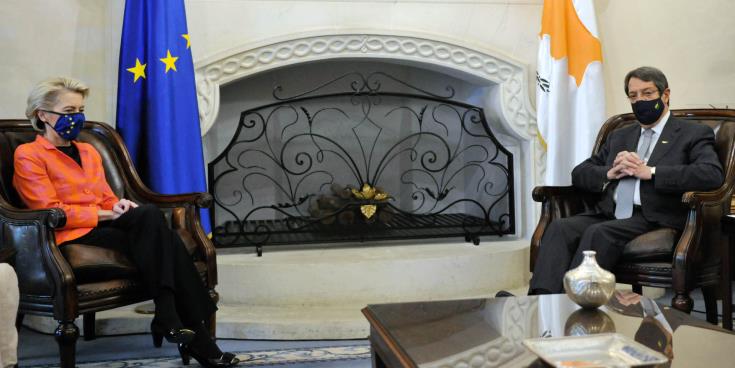 Cyprus’ Ministry of Finance welcomes Monday’s decision of the Ecofin Council, which paves the way for the implementation of the Cyprus Recovery and Resilience Plan, totaling € 1.2 billion.

According to a press release by the Ministry, Cyprus is expected to receive pre-financing of approximately € 157 million by next September.

It is noted that through the implementation of a total of 58 reforms and 75 investments, the Plan will give the necessary impetus to the Cypriot economy to meet the challenges caused by the pandemic crisis, contributing significantly to improving its competitiveness and strengthening its medium-term prospects.

In an informal video conference the EU economy and finance affairs ministers, exchanged views on the Council implementing decisions on the approval of national recovery and resilience plans for Croatia, Cyprus, Lithuania and Slovenia. In order to formally adopt the decisions, a written procedure started shortly after the informal meeting and will be concluded by July 28. At the end of the written procedure, the four member states will be able to sign grant and loan agreements and receive pre-financing from the EU`s Recovery and Resilience Facility.

“We continue with the work on the European economic recovery. Following our informal meeting today, we have good news for Croatia, Cyprus, Lithuania and Slovenia. They will soon be able to start receiving funds and begin implementing their recovery and resilience plans” said in a written statement Andrej Šircelj, Slovenia’s Minister for Finance whose country holds the presidency of the Council.

“With the approval of the Cyprus recovery plan by the Council, funding can now begin to flow #NextGenerationEU . In the coming years, €1.2 billion will be invested in Cyprus that will make the country greener, more digital and better prepared for the future” says Commission President Ursula von der Leyen in a post on twitter.