Ministry: No new Covid-19 cases after 3000 tests in schools 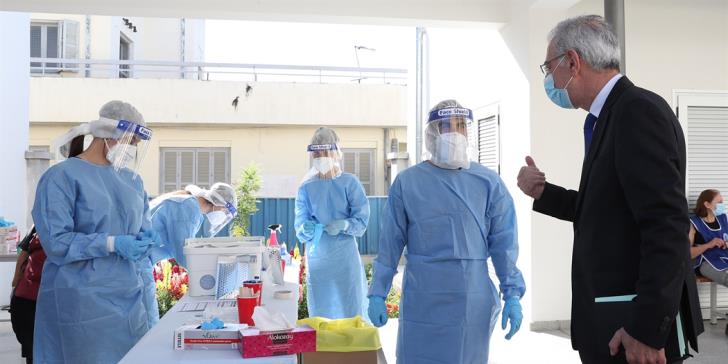 The Education Ministry said on Wednesday that coronavirus testing was continuing at schools among pupils, teachers and other staff.

Some 3000 tests have been carried out so far islandwide at nursery, primary, lower secondary, upper secondary and technical schools.

There are no new positive cases, it said, adding that tests will continue with the aim testing a total of 20,000 pupils and staff.

The announcement was issued a day before the launch of phase two of the relaxation of restrictions which includes the opening of primary and lower secondary schools. Nurseries and upper secondary schools will remain closed with the exception of final year pupils who are preparing for their end of year exams.

Over the weekend, with the start of testing at schools, authorities had announced four cases — two pupils at Aradippou high school, a support staff member at a Nicosia high school and a teacher at a nursery school in Paphos.