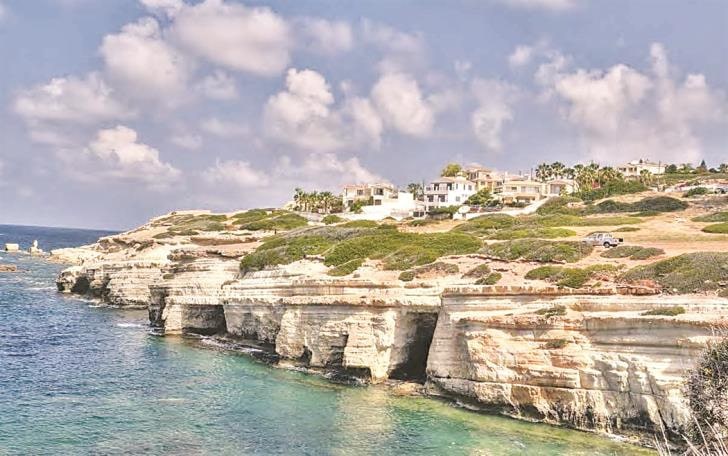 In order to better protect the monk seal, the Ministry of Agriculture has issued a decree prohibiting fishing and boats in the Natura-2000 protected area of the Peyia sea caves, Phileleftheros reported on Tuesday.

According to the decree, all fishing activity and movement of boats or any other motor vessels in the zones classified as “core” and “neutral” is now prohibited.

Holders of a  professional licence for inshore fishing are exempt from the fishing ban in the “neutral zone,” the decree says.

The caves are also home to two species of bats: the lesser mouse-eared bat (Myotis blythii) and the common bent-wing bat (Miniopterus schreibersii).

Committee to evaluate studies to protect the seals

On February 11, a committee will meet to evaluate two government-commissioned environmental studies on the Peyia sea caves area.

The first one drafted by Greek expert Dr Panos Dendrinos deals with the impact of human activity on the endangered monk seal.

The second, drafted by M. Andreou and K. Kounnamas updates the data on the natural environment of the area and proposes measures to preserve important elements of its biodiversity.

The studies examine the impact on the natural environment by possible new construction in the area and from the operation of existing establishments/constructions.

According to Dendrinos, the biggest threats towards the seals are increased human activity in the area.

A cafe-restaurant that has been built near one of the caves the seals use the most, causes nuisance to the species, Dendrinos said. He also said that the seals are affected by human visitors which many times enter the caves.

However, he says that although a large part of land above the caves has been used for construction, it doesn’t seem to affect the seals due to the altitude difference between the constructions and the caves.

According to Phileleftheros, the experts recommend: