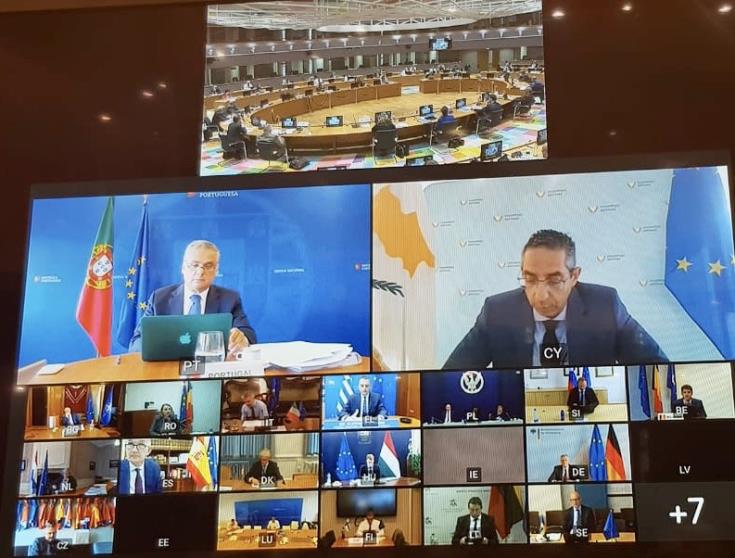 Defence Minister Savvas Angelides on Tuesday briefed his EU counterparts about the ongoing illegal activities of Turkey in the Republic of Cyprus Exclusive Economic Zone (EEZ) and condemned these activities as well as the effort to destabilize the broader region of the Eastern Mediterranean. Moreover, he stressed the need for an EU naval presence in the region.

The briefing took place in the framework of a teleconference of the EU member states Defence Ministers during which ways of increasing the EU involvement at the operational level as well as defensive initiatives and structures aiming at the desired level of ambition of the Joint Defence and Security Policy were discussed.

According to a press release issued by the Defence Ministry, during his intervention Angelides referred to the enhancement of the EU operational commitment and noted that the Republic of Cyprus, despite its small size and the continuing Turkish threats always aims at increasing its contribution to the EU missions and operations.

Angelides also referred to the need for the overall recognition of threats with a view to draft a Strategic Compass and adopt better choices with regard to the EU Treaty provisions for mutual contribution that constitute the core of the European solidarity.

The Defence Minister also participated in a meeting of the European Defence Agency Steering board which discussed the role of the Agency in developing the defence capabilities amid subversive challenges.