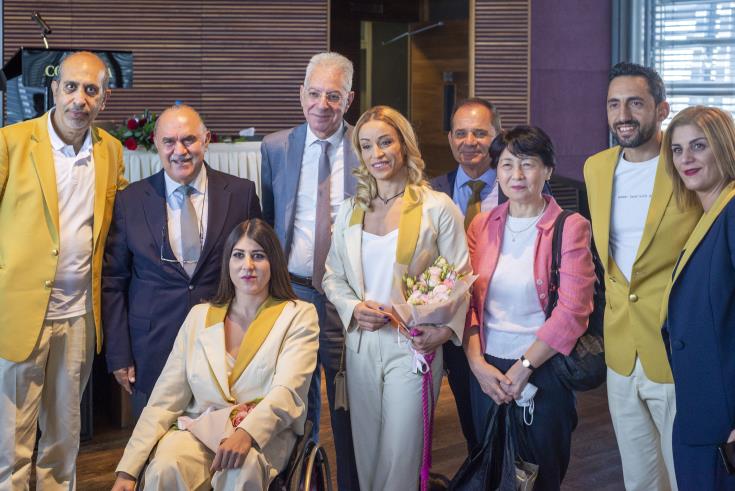 Cyprus’s mission in the Tokyo Paralympics was a successful one said Minister of Education and Sport Prodromos Prodromou said, speaking during  a press conference Friday in Limassol with paralympic athletes Karolina Pelendritou, Antonis Arestis and Maria Markou.

Ambassador of Japan, Izumi Seki and the President of Cyprus Sports Organization Andreas Michaelides also attended. The Minister said that Cyprus pays respects to the huge efforts of our athletes and supports them. He assured that the state will do its best to support paralympics, Olympism and sports in general.

Prodromou congratulated each of the athletes and wished them every success in the future and expressed his gratitude to their coaches for their support.

President of the Cyprus Paralympic Committee, Andreas Kamarligos said that despite the pandemic, our athletes did not give up and carried on with their training and efforts.

Swimmer Karolina Pelendritou who won 2 gold medals said that Tokyo paralympics were a milestone in her career.

Paralifter Maria Markou who competed for the first time in Paralympic games and won the 7th place, said that it was a great experience.

Veteran athlete Antonis Aresti, who will no longer compete, thanked all those who helped him in this effort and addressing the young children, he said that the challenges are there and things are difficult but it is up to them “to prove everyone wrong”.