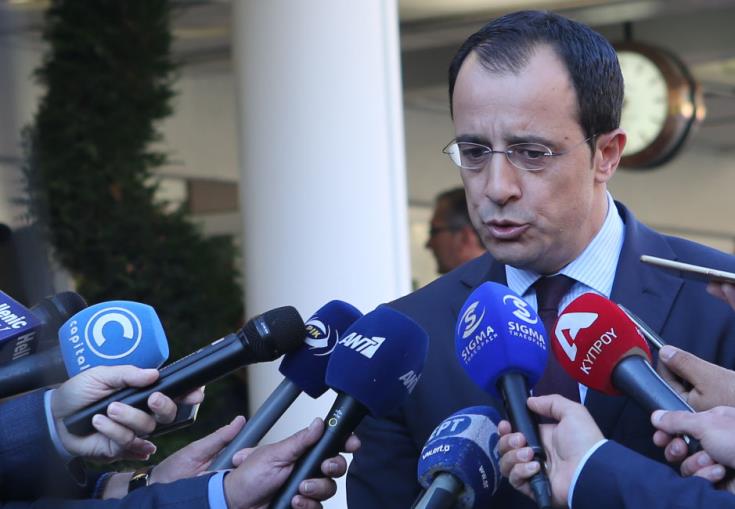 Cyprus` Minister of Foreign Affairs, Nikos Christodoulides, departs Saturday via London for New York, to accompany the President of the Republic, Nicos Anastasiades, and participate in the 74th United Nations General Assembly.

On the sidelines of the Session, Christodoulides will hold a number of meetings and contacts with his counterparts, as well as with officials from regional and international organizations, a Foreign Ministry statement said. Among other, he is expected to have bilateral meetings with counterparts from Greece, Rwanda, India, Andorra, Libya, Ethiopia, Norway, Belarus, Kazakhstan, Laos, Morocco, Lebanon, Iraq, Bahrain, Qatar and Jordan.

In addition to bilateral contacts, the Foreign Minister will attend together with his Greek counterpart, trilateral meetings with the Foreign Ministers of Egypt and Armenia respectively, and will also have a number of meetings with officials of international organizations, including the Secretary-General of the Union for the Mediterranean, the Secretary-General of the Arab League and with the UN High Commissioner for Human Rights.

Christodoulides will accompany the President of the Republic to his meetings with the UN Secretary-General, with the Prime Ministers of Greece, India and North Macedonia, and the Foreign Ministers of Russia and China, respectively, as well as with the Permanent Representatives of the five permanent members of the Security Council.

By In Cyprus
Previous articleCyprus issue to be discussed during UN chief’s meetings on sidelines of General Assembly
Next articleArea 51 raid lures festive UFO hunters to Nevada desert; 5 arrested (pics)