Minister: ‘I hope all restrictive measures can be lifted in 2-3 months’ 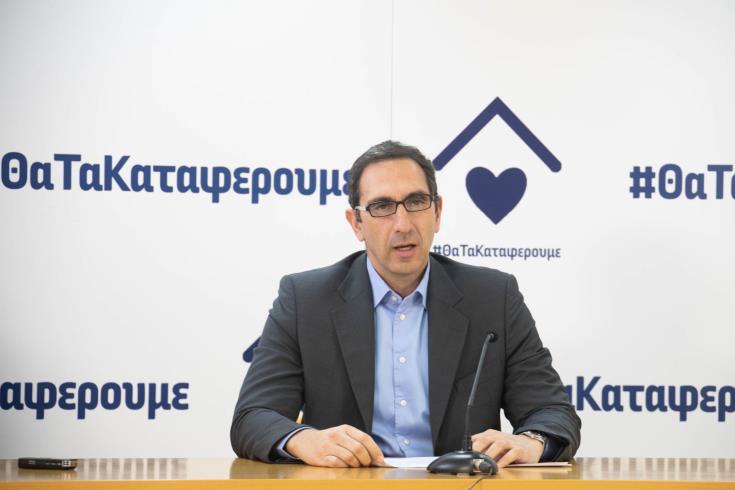 The lockdown could be lifted in two or three months, Health Minister Constantinos Ioannou said on Thursday, adding that restrictive measures will be relaxed in stages.

In an interview with CNA, Ioannou also warned that until a vaccine is developed, the public must learn to live with coronavirus.

The green light for the gradual relaxation will be subject not just to the epidemiological data but to other indicators.

“If based on the evaluation we are doing well and we can proceed with the gradual but managed relaxation of the measures, then I hope that in two or three months we will return to our routines,” he said.

But everyone must continue with hygiene and protection measures so that there isn’t a spike in the cases.

Increase in cases with relaxation of measures

The minister said relaxation of the measures is expected to lead to an increase in cases. What is important is this increase is contained so that we can move on to the next stage.

But if according to the indicators Cyprus has to restore some measures, then it has no option but to do so, he added.

No decision on relaxation of measures

Ioannou said no decision has been taken on when the measures will be relaxed nor which sectors will be first is reopening.

“Everything will be gradual. What I can tell you is that as a general rule, businesses or sectors of the economy which have contact with people will be the last to open. The more contact a business has with people, the later it will reopen,” he said.

We have to learn to live with the virus

Until there is a vaccine we must learn to live with the virus and with the relaxation of measures everyone must make self protection part of their daily routine.

Asked when airports will reopen, he said that the government will listen to the experts and act accordingly.

Both the timing and the way they operate will require a lot of thought. One measure that may be taken is to require a certificate that someone had tested negative in order to travel to Cyprus.

“We hope that the technology as regards the tests will advance so that the test and the results will be quicker,” he said.

Both public and private hospitals currently handle emergencies but from Monday they will be allowed to carry out appointments and in a few days a new decree will allow scheduled operations.

Ioannou said that the ECDC (European Centre for Disease Prevention and Control) had praised Cyprus regarding its policy on testing.

Cyprus continues to follow the tracing model whereas most other countries just test suspect cases in hospitals. Cyprus also has the fourth highest number of tests for its share of the population, he added.

By In Cyprus
Previous articleNew Covid cases at Alpha Mega Engomi, Akaki Health Centre
Next article18.9% of Covid patients in Cyprus have recovered, according to latest report (graphs)