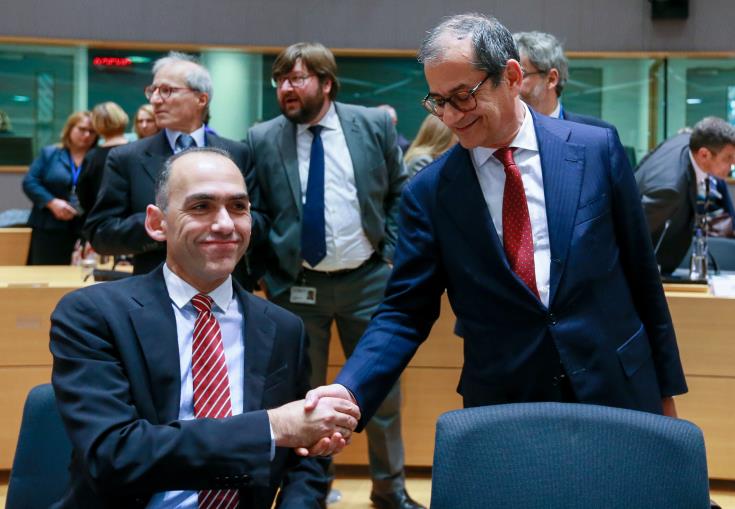 Eurozone members must agree on the next steps in deepening economic and monetary union during Novembrer, said Cyprus Finance Minister Haris Georgiades on the sidelines of the Eurogroup meeting, on the Press and Information Office camera.

In particular, the Minister stressed that “we are in the eurogroup to take some important decisions, those related to the next steps of the completion of the banking union”, stating that “Cyprus, as I said before, supports these moves to further deepen the economic and monetary union.”

“We are a country that paid the cost of trying and remaining compliant, to help precisely make these decisions at a European level,” the Minister said, and made it clear that “we will have a productive debate, not decisions today but definitely within November we must be able to reach the next steps.”

By In Cyprus
Previous articleAlibaba’s chief calls U.S.-China trade war “most stupid thing in this world”
Next articleCyprus registers inflation amounting to 3% in October