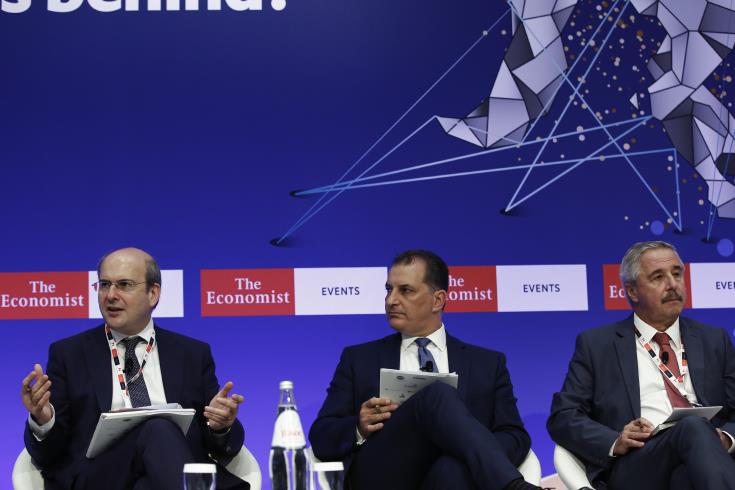 Five exploratory and five confirmation drills will be carried out in licensed plots of Cyprus’ EEZ in the next two years, Energy Minister Yiorgos Lakkotrypis  told the Economist conference in Athens on Wednesday, the Cyprus News Agency reports.

Lakkotrypis referred to the recent discovery of a gas bearing reservoir by ExxonMobil and Qatar Petroleum in plot 10, saying that its size was equivalent to 40% of the EU’s 2018 natural gas.

“This is a very important discovery which will help up towards the creation of an energy corridor,” he noted.

Referring to Turkey’s illegal actions in Cyprus’ EEZ, Lakkotrypis said Ankara wanted to create instability in the eastern Mediterranean and discourage energy giants from investing in the region.

He added that Turkey could join the cooperation of seven east Mediterranean countries for an EastMed Forum and become part of the solution and not part of the problem.

The minister said that the government has on several occasions asked Turkey to discuss the delimitaion of maritime zones but received no reply.

Last February ExxonMobil discovered natural gas at the Glaucus 1-well in plot 10 of Cyprus’ EEZ  — a find authorities said was the biggest off Cyprus since it started drilling for gas in 2011 and one of the biggest finds worldwide in the past two years.

A gas bearing reservoir discovered during exploratory drilling could potentially represent between 5 and 8 trillion cubic feet of gas, the company and the Cyprus government said.

Exxon owns a 60 percent stake in the block, known as Block 10, while Qatar Petroleum holds the rest.

Yesterday said Turkey it planned to send a fourth ship to waters off Cyprus to search for gas and oil despite European Union moves to curb contacts and funding for Ankara over the issue.

Turkey has told energy firms not to work with the Cypriot government and sent ships to drill off the island.