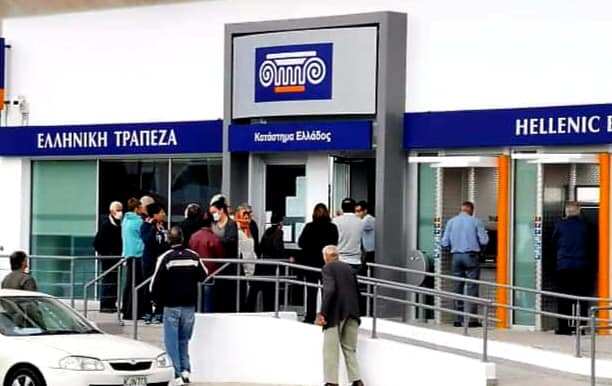 Health Minister Constantinos Ioannou has published a photograph sent to him from Paphos of a queue of people outside a bank along with the terse message.

“Today, 8.40 in Paphos. I was notified by the mayor. We do not learn, we do not follow instructions — 2 metres distance- we are transmitting the  virus”.

This is the second rebuke by the minister in 12 hours.

Last night, after the ministry had announced 35 new cases, he issued a strongly worded announcement expressing concern over the large increase in the number of confirmed Covid-19 cases.

Tracing had shown that the virus was transmitted to family and friends by people who had failed to self-isolate, he said.

From the tracing of the latest confirmed cases, authorities had located carriers of the virus who had had more than 15 contacts., he added

“With this kind of thinking by some, the whole effort will be derailed. Unfortunately it appears that many do not appreciate the seriousness of the situation and continue to behave irresponsibly,” he said.